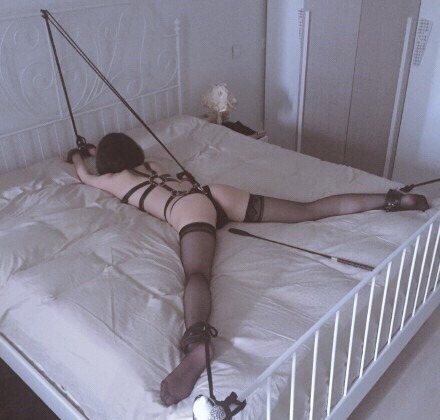 The other night, Pup tied my wrists with rope, secured them to the headboard, and proceeded to fuck me with my knees bent up to my chest.

The knots were rather loose. So when we finished and Pup said goodnight, turned off the bedside lamp and rolled over without untying me, I wasn’t remotely worried about not being able to get out. But I decided to pursue it. “Hey,” I pouted.

“You’re going to leave me this way?” I asked.

Pup snorted. “You could get out of that in a minute or two. I’ve seen you get out of much worse.”

I hesitated. I didn’t want him to let me out, but I didn’t want him to admit it would be so easy to get out. I guess I wanted him to gloat about it, maybe? But it’s weirdly hard for me to communicate the whole “I want to adamantly pout and say no even though I’m really enjoying this” thing.

Which I think might tie in with the fact that I struggle to ask for what I want and just end up hoping that my partner will just, you know, guess completely accurately. Which is incredibly unsustainable, I know, but sometimes I’m just entirely too shy or embarrassed to articulate what I really want. 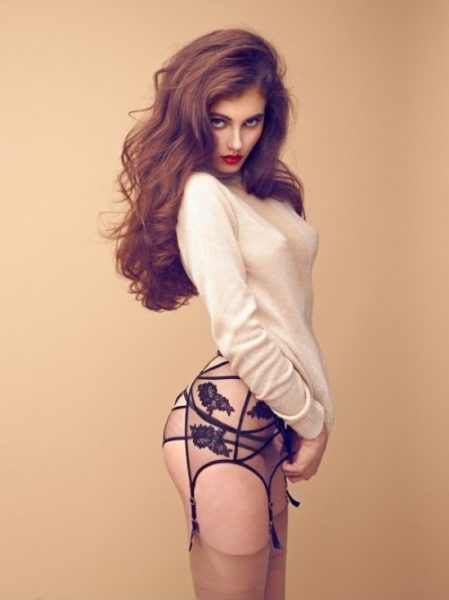 I went to a play party last night for the first time in forever lookin’ cute as hell and did a few brave things I can’t wait to tell you about. 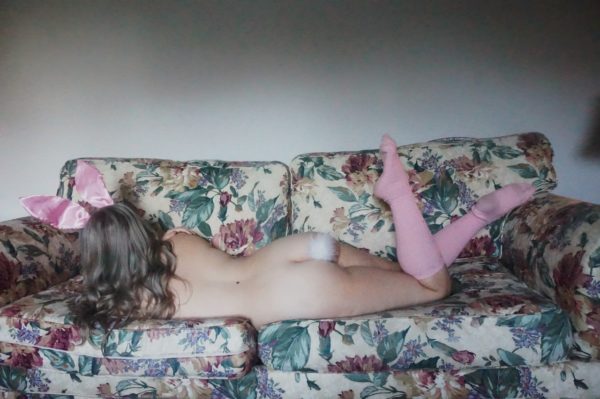 Pout level: Two of your partners hanging out and definitely getting along but Shark Week is so bad that you just want to hide in bed forever.

Faith for Hogtied.com by Matt Williams

Being one myself, I’ve got a thing for pouty girls.

Sir and I have a running joke for whenever he gets sick about a little somebody named Nurse Kitty. She’s not very good at her job, but she’s got a knack for making people feel good.

My date just rescheduled to Sunday.

Now I have two more days to be an anxious mess over it. 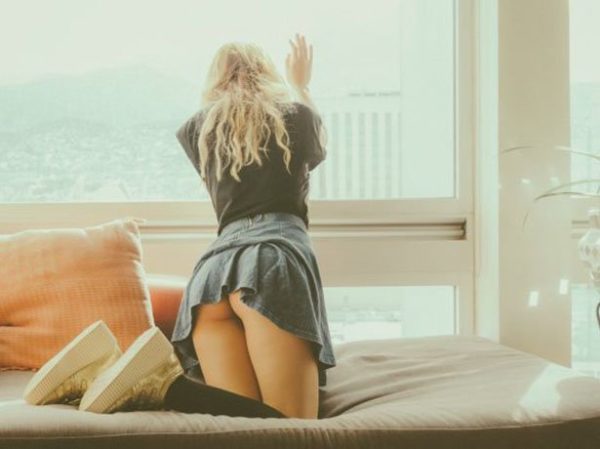 Last night, Pup punished me for the first time.

Of course, he’s “punished” me before, and I know I’m behind on most of the stories of spankings, denial, etc, but this was the first serious punishment. Our dynamic has gotten to a place where he’s gotten the go-ahead from me to do stuff like this, but it still hit kind of hard.

While he was talking, I couldn’t bring myself to look at him. I got little, which was a little uncomfortable for me since that isn’t our dynamic. I wanted to cry because this was new and vulnerable and I was caught in that weird space of wanting it and hating it and being glad it was happening but also dreading the whole thing and what it implied. I went back to the first time I was punished like this – in the serious way that feels like punishment – when Elle made me hold my iPod up against my bedroom wall with my nose for five minutes. It had been so long, so unsexy that it shocked me, and the fact that the effect was a genuine punishment had made me cry that night five years ago, because I was I was alarmed that our dynamic had suddenly shifted out of playfulness and into something with consequences.

“I’m sorry, Sir,” I said. “I won’t do it again.” I couldn’t stop fidgeting with my skirt. At first, he mistook my behavior for being insincere, playful, and I realize he’d never seen me be contrite in this context.

He had me change and get into bed with him so he could hold me. He let me talk about how I felt, and stroked my hair and told me I could cry if I wanted. “You know I’m not really angry with you. I’m punishing you, that’s all. And it’s okay and tomorrow you won’t be punished anymore. And if it’s too much today, you can turn it off. We don’t have to do this. You have the power to make this stop,” he assured me, but I told him I wanted this, and I knew that was true.

He brushed my hair from my face. “How do you ask for that?”

I averted my eyes. “Will you please slap me, Sir?”

He did, and let me suck his cock for a bit after. I made a joke about how he was already hard when I pulled him out of his pants, trying to grasp some sense of power or something in being playful that way, but it was so clearly a move for that. I felt so vulnerable – moving into this territory of our dynamic, being in that sad little punishment head – and weirdly it all made me pretty aroused.

But, when I asked him to fuck me, he refused. I huffed, and he told me I could touch myself. I rolled onto my back, sulking, with his arm still around me. As I rubbed my clit, he teased his fingers idly over my nipples. When I argued that it wasn’t fair, he told me I should try to sleep. My head was everywhere and I would feel better in the morning, he suggested, and I knew he was right.

He put an arm around my waist and pulled me to him. “Go to sleep.”