“Girls are obsessed with being desirable, not desiring, as this is what society tells us to be, and it’s a real problem. It’s sad these characteristics are suppressed, so you have to break free… I want to be the girl who lunges at people, wants to eat them. It’s time for girls to take back some of the things that have been stolen.” — Héloïse Letissier.

My kink is husbands & wives who are still portrayed as very much in love with each other, because even after years of commitment and kids, they still talk to each other, go on fun random adventures and try new things. No resentment. No portrayal of marriage as a chore. Just actual love.

Similarly, my kink is dads who are portrayed as totally competent with their children and not “babysitting” them or barely managing to get them dressed.

getting spoken to as if i’m straight by straight people who assume everyone is straight, subsequently feeling like the world’s most useless and irritated secret agent

Pup and I finally have a big enough shower that we can actually shower together without ending up elbowing each other every other second. It’s the best.

the government, watching me from the cameras: “the lack of motivation on this girl. incredible.” 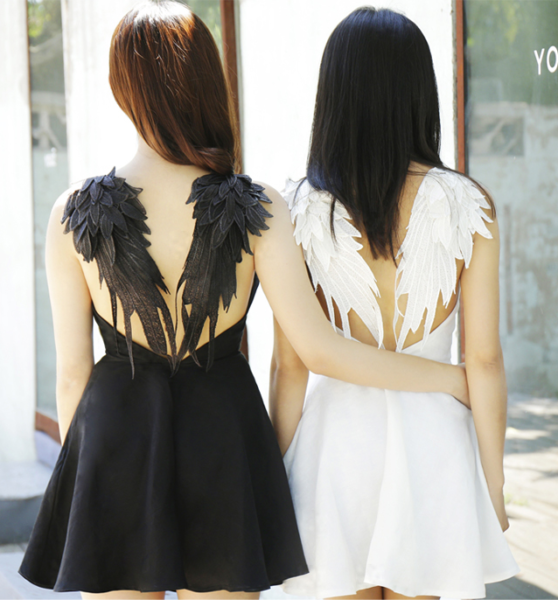 Oh gosh I want one.

(Disclaimer: I play with safe words. While it may seem like I was being pushed to some real physical limits, Pup was checking in and making sure I was okay. And, also, I was 400% enjoying myself.)

Leading up to our encounter, I was a little worried about how everything was going to flow together. I’ve been in a few threesomes where the chemistry between all the parties involved wasn’t quite together. But so far, I had nothing to worry about.

Pup had taped my wrists neatly behind my back, my hands palm to palm. Leo pulled me up by my immobilised shoulders and used them to level my face with his cock. I went to take him into my mouth when I felt Pup rubbing something against my pussy that was decidedly not his penis.

“That’s not your cock,” I exclaimed, and the two began laughing. “What is that?”

A few weeks prior, I had finally gotten around to buying my own glass dildo. It was even longer than the one Saltine had used on me, and double-sided in the sense that either side could be used as a handle while the other was inserted inside someone. One was long and smooth, the other ribbed and thick. Although it had been kept in a bag, it was still a little cool against my soft pussy. And, when Pup showed me that he was about to slide the ribbed end inside me, I started begging him to lube it up first.

I was acutely aware of how I must have looked, and my instincts were confirmed when I managed to catch my face in the mirror as Leo shifted his position on the bed and spun me around. My makeup was smudged on my cheeks, hair mussed and matted with my own spit. As Leo eased a condom down his shaft, I watched as Pup set aside the dildo and took my cheeks between his thumb and forefinger. He followed my gaze before letting out a condescending chuckle and thrusting into my mouth. Leo tested my cunt with his fingers and reached for the lube, a courtesy.

“I thought you said you could handle this, baby. Too much now?” He said as Leo’s first thrust inside me forced him to brush the back of my throat. My eyes welled up with tears and my vision blurred. “I remember you saying two might not even be enough.”

It was different this time. Not that threesomes had been dissatisfactory or not even that they hadn’t been overwhelming before. But this time there was something about the chemistry between the two of them: how they smirked at each other; how Leo had managed to make Pup, who usually was rather quiet during sex, vocal and Pup had managed to make Leo, who had before only commented to praise or ask for something, totally foul; how they sometimes coordinated themselves and then quickly broke the pattern to disorient me; how both seemed almost dead-set on making sure I was second-guessing my own endurance. The way the two had made me feel like I was little more than a toy for their use, such that I hadn’t noticed I’d cum until Leo exclaimed how tight I’d suddenly gotten and I recognised that familiar snap of endorphins, the weakness in my knees that had managed to drift under the total fatigue they’d brought upon my body. The way you sometimes can’t tell the difference between gunshots and fireworks.

Pup pulled me up by the hair and turned me, lowering my face close to Leo’s cock. My head still buzzing, I started to suck him off. “That’s right,” Pup murmured, “finish your guest off.”

My jaw was sore. I put my weight into my knees and pulled back after a moment to whine, “but I’m so worn out.” Pup took advantage of me moving back to slip inside my pussy and I whimpered.

Leo laughed and patted my cheek. “Come on, mouth open.” I obeyed and let him slide back in between my lips. “You should know no good thing comes easy,” he eased himself out before slowly pushing himself agonisingly deep, making me gag. “Except you.” 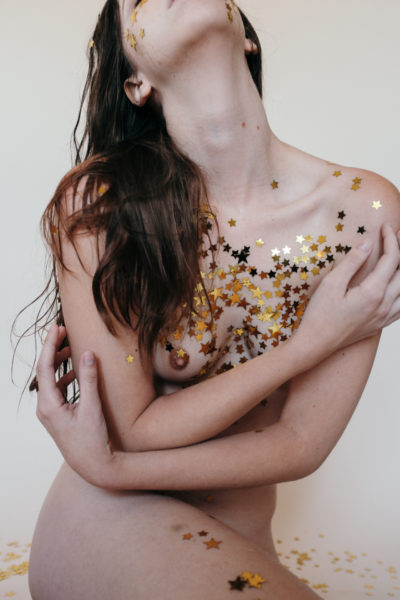 “We gotta let go of all of our ghosts,

we both know we ain’t kids no more.”

a little beggar, at his door.