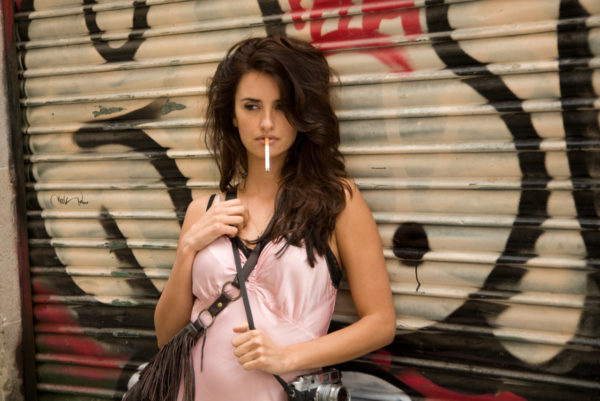 Yes. Yes. A thousand times. Yes. I have a terrible weakness for artistic, emotional, borderline insane women. I imagine those sorts of arrangements can never end well. 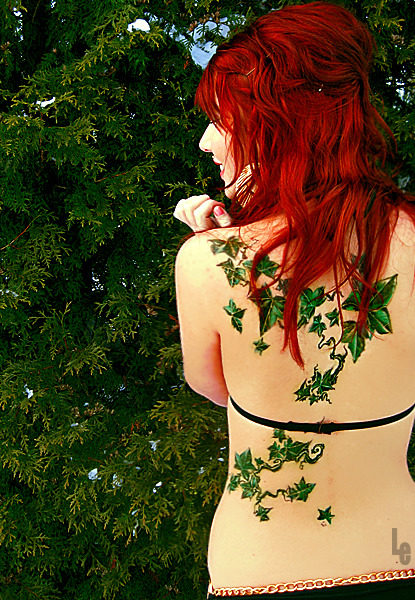 Oh, the prospect is tempting.

Oh Ivy… please tell me this has you considering tattoo ideas…. at least just a little… 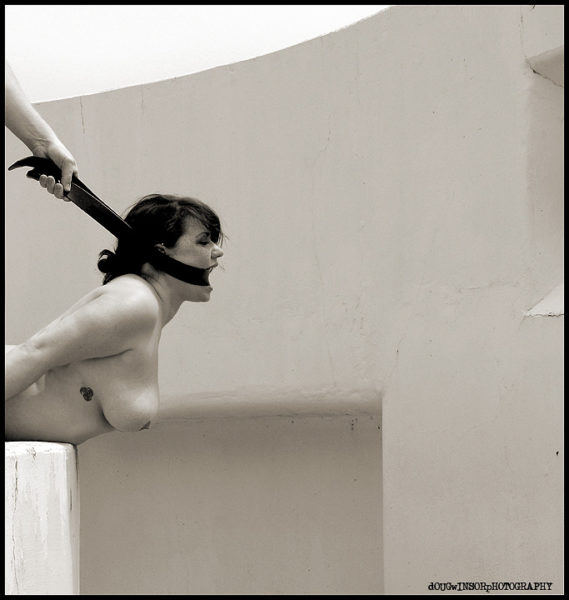 “Love commingled with hate is more powerful than love. Or hate.” Joyce Carol Oates, On Boxing.

belts are a man’s strongest extension of himself. oh no wait that’s his cock.

IT IS FULL OF UNF. 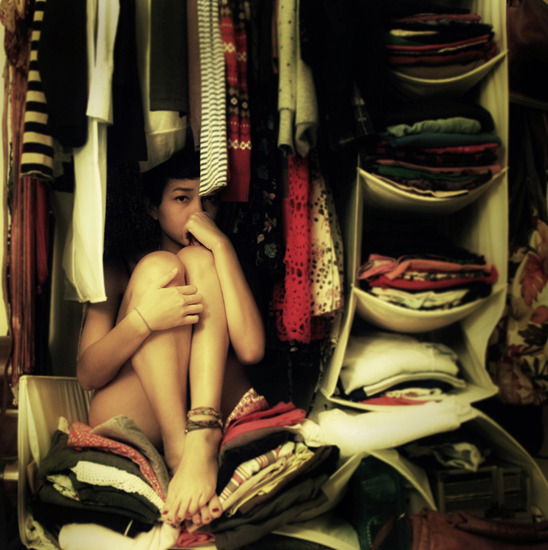 Elle and I had a joke that she was going to lock me in her closet one day and keep me there. I told her I’d be down with it just as long as she let me out sometimes to feed me. She responded, “nah. If I had you locked in my closet, the only reason I’d be taking you out was to fuck you.”

Keep me in my place? 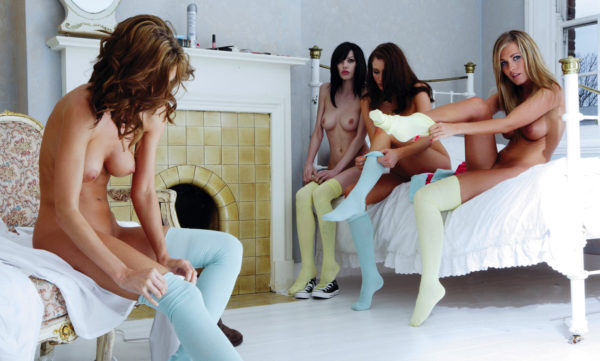 Despite the warm welcome, and the fact that the bed had space for her, she was still a bit reluctant to hop in with the other three. 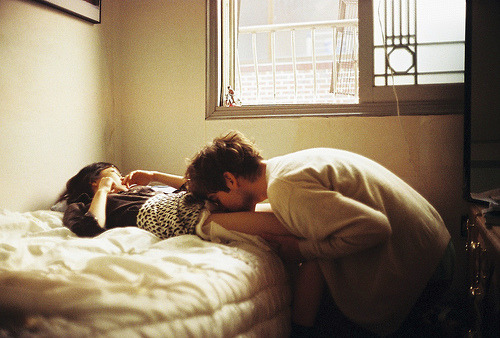 For all the words I call myself, for all the wild fantasies I have, for all the times I grit my teeth and grind against you, sometimes I just need this. Sometimes this is all it takes. 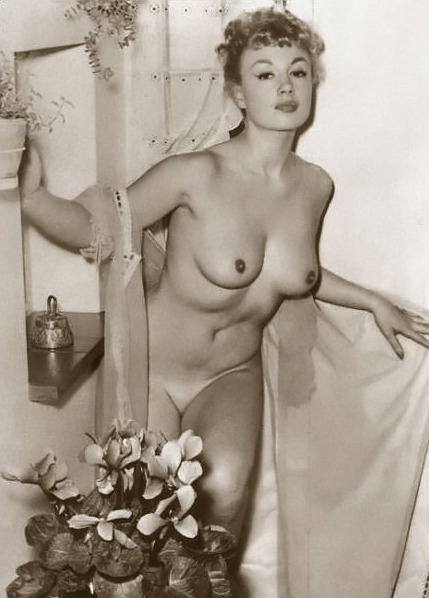 Oh, darling, it’s lovely. I’ll just have to make sure I can get off of work.

Oh I–vy! Are you ready for our big date? Do you like my outfit? 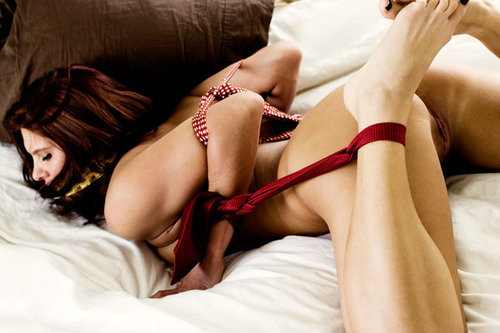 She hosts these sorts of events all the time. They start with a sort of stuffy formality: suits, ties, non-offensive small talk. But that point in the evening where the ties get loosened? They get tightened back up on her.

I had barely processed what my boyfriend had said when he landed a rather harsh smack on my ass. He has these hands. I can’t really explain it. They were maybe about average sized, but for some reason the force of blows he delivered distributed itself within them horribly. For this reason, he usually used his non-dominant hand and reserved her dominant one for appropriate occasions. And, even so, he could only get one or two hits in with that hand before it simply became unbearable.

This was one of those occasions.

I cried out, bucking against the armrest as the blow landed. My entire ass stung, the pain practically radiating after where he hit in violent heat. Elle’s fingers on my clit pushed together and pinched it, eliciting a series of squirms that melted into exhausted groaning.

“Did it feel good, sweetie?” Elle asked. I could barely muster words, but I had certainly been tugged out of any sort of post-orgasmic bliss and back into the real world. “I bet you’re mighty thirsty right now from all the screaming, hm?”

Apparently, I’d screamed. I nodded feebly and received a smack from what was thankfully my boyfriend’s non-dominant hand, “answer her correctly.”

“Yes, Miss,” I choked out. Now using words, I realized that my throat did feel raw. I hoped no one had heard me. But, from the absence of any sirens or bright lights, I assumed we would be fine.

My boyfriend patted my ass with a smile, “maybe we should go get her something to eat. Seeing as it’s all about little fucking Ivy’s needs tonight.” I hated that taunting. They knew I hated it. If they would have let me, I would have gone down on them. I would have pleasured them. But, they were intentionally denying themselves and then blaming me for it. The effect was immensely frustrating.

Elle’s hand slipped from my clit and up to my ass, “you hungry, dear?” I shook my head and practically buried my face in the cup-holder when my boyfriend offered, “I think my little brat wants ice cream.”

At the time, little girl play was something he had started to bring up and it was something I was reluctant to try. Respecting my wishes against a foray into it, he simply resorted to taunting me with it whenever he could. I groaned felt a blush rising in my cheeks.

Elle’s hand left my ass for a second before colliding with it once more, “is that it, honey? Do you want ice cream on your special little night where you get whatever you want?”

My boyfriend smacked my ass again. Hard. “You guess?”

“You guys?” My boyfriend landed a few more spanks, “I don’t know who the fuck you think you are.”

Elle laughed, “Ivy, we asked you. And since tonight is all about you…”

“Don’t fucking interrupt, Ivy,” she smacked up near the top of my ass again, causing me to cry out, “I don’t think so, dear. We wouldn’t want to be selfish on your special little night. And it isn’t even all about you, is it? It’s about this.” She flicked her thumb over my clit before continuing, “but I’d like to know if the little whore attached to this cunt would like to get ice cream.” I went to open my mouth and she slipped her other hand over it, “and before you answer, Ivy, I want you to remember some things. I’m helping you out here. I’m being your best fucking friend. So don’t you forget manners. And if you don’t give me a definitive answer, I swear to God.”

She removed her hand and I answered, “yes, Miss, I would like to get ice cream. Thank you.”

“Good girl,” my boyfriend sneered behind me, “and where are we going?”

“I don’t…” I began and before I could even finish they had started to spank me again. by now, my ass was raw, tender. I could practically feel how red it was and how badly it had begun to sting. My eyes were watering up with tears when I finally picked a nearby place.

“And what are you going to get?” Elle asked.

I bit my lower lip, “I forget what it’s called.”

The barrage of spanks that followed from both of them was dizzying. “How did you forget that?” Smack. Smack. “I don’t know, really.” Smack. “I think she just wants this.” Smack. “She’s holding out clearly.” Smack. Smack. “You’re only making this worse for yourself, slut.” It continued. I could barely think.

“I don’t know,” I finally blurted out, “but it has nuts in it.” I practically yelled it. The spanking stopped. There was a long silence and I assumed they were looking at each other before they both burst out laughing.

They only untied me once we reached the place and allowed me the opportunity to straighten out my hair before we walked into the shop. It was basically empty and, as I walked, I felt the sting in my ass. They both smirked at me when I asked the guy behind the counter what the name of the one with the nuts in it was.

Overcome by curiosity, I excused myself to the bathroom. Once inside, I turned, lifted up my skirt, and looked over my shoulder into the mirror. 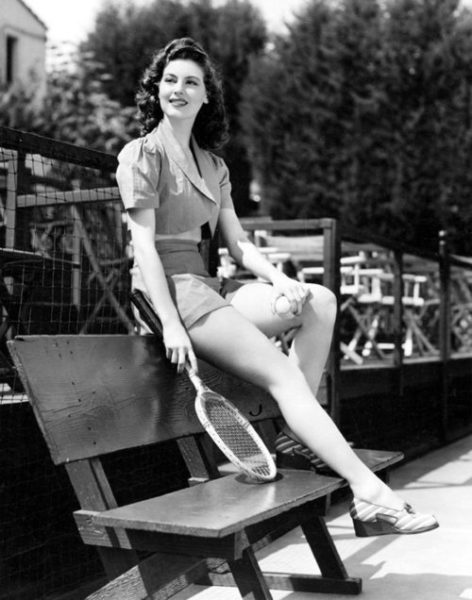 My gosh, why doesn’t anyone really dress this way anymore? Ava Gardner, you are divine.