Not gonna lie. The nasal cannula did it for me.

She thought participating in their study would be a quick way to earn some easy money. She might be helping people, she thought. She might even learn something.

She’s certainly learned that this is what happens when you don’t read the consent form.

from PATIENT ZERO / new video on IF website via IF Patreon 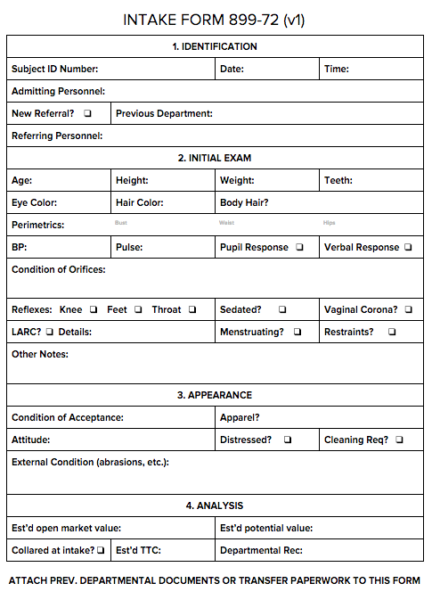 I’m sure you will be grateful to learn that The Institute, as part of its public outreach program, has begun releasing certain forms and documents used as part of its daily work to the public under an open license. Through this new channel, they hope to collaborate and share with like-minded practitioners and organizations, and provide both the hobbyist and the professional with resources they need for our shared challenges. You can now download the first such document, the standard short-schedule intake form 899-72, with the Institute’s blessing.

(Also, if you’re the kind of person who likes to play with git, contributions will be considered.) 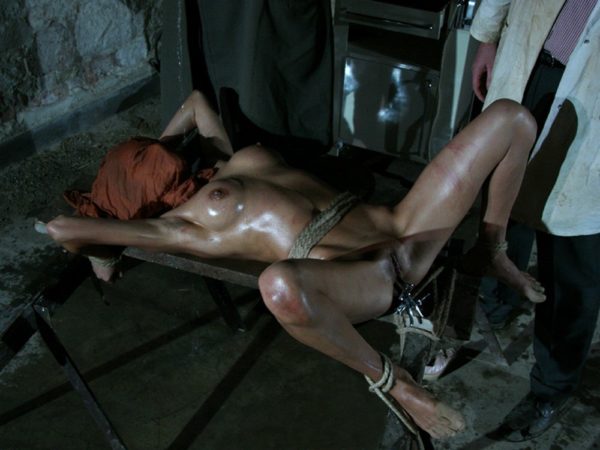 Oh my gosh but if I could actually pull this off.

Sir and I have a running joke for whenever he gets sick about a little somebody named Nurse Kitty. She’s not very good at her job, but she’s got a knack for making people feel good.

(hng) the glint of the knife is what got to me first, and then the gloves, and then the way she’s just lolling back in her chair, helpless.

Oh my god what is this FROM. 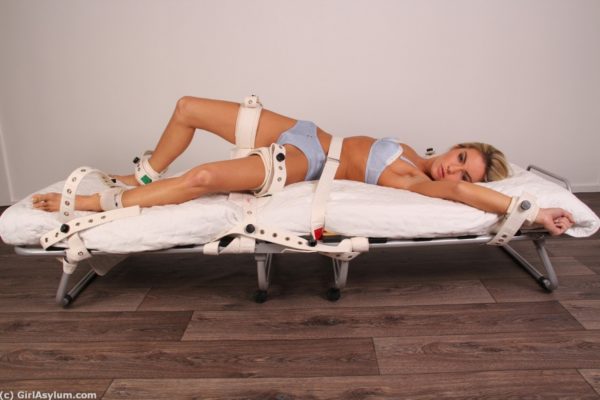 and he says they’re just perfect for playing doctor. 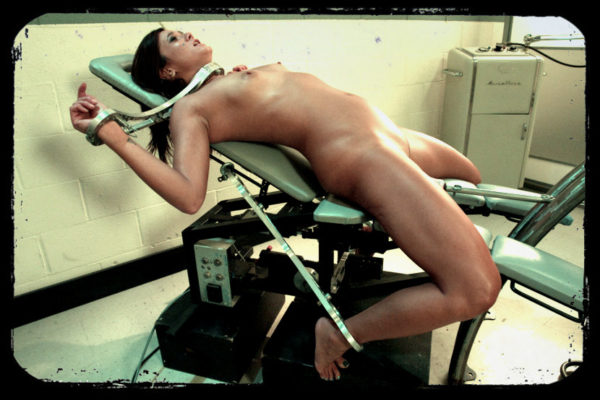 I have an appointment with the gynecologist today.

I’m not saying this is how I’d want it to go.

But I certainly wouldn’t complain.

Disclaimer: The content of this story is a little bit harsher and a little more intense than most of the experiences I have written about on here. Please keep in mind that I had safe words – “yellow” for slow down or do less, “red” for stop. The things I did were done willingly and enthusiastically, even when I demonstrated reluctant or fearful behavior. I like to be scared and I like to feel psychologically exhausted, and this experience allowed me to tread some harsher waters. So, I hope you’ll stick along for the ride.

Flint reached under my armpits and hauled me up to my feet, leading me into the bathroom. He sat me down on the toilet and guided my hand over to the toilet paper. I sat, waiting for him to leave, until I realized he was still standing there.

“I can’t do that with you here,” I said, tugging the blindfold off of my eyes. WRM walked into the doorway and I threw my hands over my eyes, “oh my gosh, everyone get out and close the door. I don’t need an audience.”

“Actually, I think you do,” Flint replied, leaning out the door and calling Lida and Macy inside.

Flint shrugged, “well, you’re going to have to.” He stepped out for a moment and I stared anxiously at the group in the doorway, but my fear peaked when he returned with a box of black latex gloves.

He snapped the glove onto his hand and knelt down in front of me. “You’ve got to the count of ten or I am going to go down there and make you.”

I gazed back over to the girls in hope of some sort of clemency, but found none. “Can…can we turn on the water and talk about oceans?"

WRM reached for the faucet. Flint raised his hand. "Don’t turn it on.”

I bit my lower lip and looked at my feet. “Can everybody just leave the room for a minute?”

“Nope,” Flint replied and placed his bare hand on my stomach, applying pressure to my bladder. He brought the gloved hand just below my clitoris. “So, what I’m going to do here is massage the clitoral -”

“I know what you’re doing!” I shrieked over his explanation.

“ – to essentially force the urine out of you. And you’ve got ten seconds to do it yourself or I’m doing it for you." Flint smirked, "remember your safe words?"

“And?” He asked, ensuring I was actually still game and consenting to what was about to go down.

Part of me wanted to call it off right then, but part of me liked the tension of it, how absolutely nervous I was. I enjoyed the catch 22: I needed to relax to get myself out of the situation, but there was no possible way that this sort of situation would enable me to relax. The closer I got to the bottom of the countdown, the more tense I became. And as much as I despised the total violation of him forcing me to urinate, I would be lying if I didn’t say I couldn’t close my eyes right now and still picture myself in that bathroom, seeing the smirk on his face, and revisiting that swelling nervousness with at least a remote feeling of arousal.

“Lida doesn’t pee in the toilet, silly,” Flint replied, not leaving me any time to contemplate what that meant before adding, “now, come on.” He resumed counting and I squeezed my eyes shut, begging every last inch of my urinary system to just cooperate. When he reached the end of the countdown, Flint rose to his feet and removed the glove, patting my cheek. “Next time, you’re going to be expected to do it. Or I will go down there and I will absolutely do it for you. Are we clear?” I nodded and he ushered the girls out.

The second the last set of feet left the bathroom, I was finally able to urinate.

“It happened!” I exclaimed, “floodgates are open."

"Oh, you’ve got to be kidding me,” Flint called from the living room.