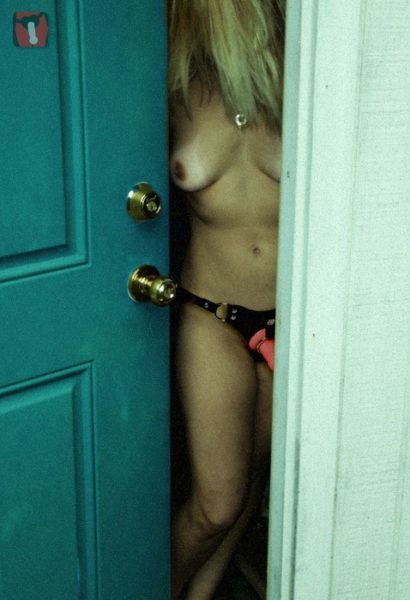 Sweetheart got brave and invited a little friend over for some fun,

but the second the door swung open, she got a little bashful. 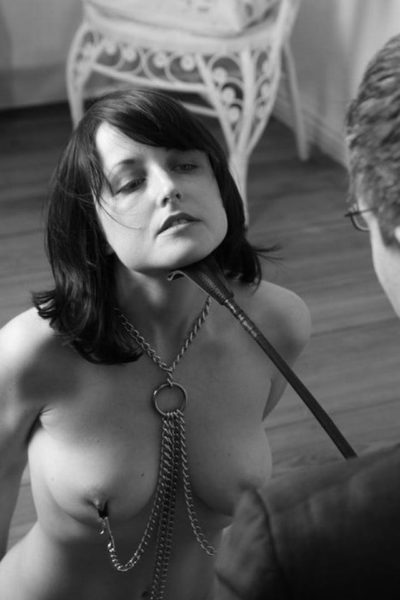 Before we really got started, Sir left me with the Southern Gentleman for a little bit so that he could use the bathroom. Now alone with SG – my hands cuffed behind my back, ass sore from the beating, lingerie tugged down to the middle of my torso to allow the clamps onto my nipples, jaw a mess of drool from the gag, one of my heels off from all the struggling – I blushed when I realized that he, and Sir, were both still fully clothed and completely put together.

SG looped a finger in the chain that connected my nipple clamps and tugged upwards. I arched my back, straining to relieve some of the pressure, and shrieked behind the gag when one of the clamps slipped off of my nipple.

“Awww. Oh no, poor thing,” SG mocked as I whined behind my gag. He lined the clamp back up with my nipple and tightened it. I groaned and squeezed my eyes shut, the soreness in my nipple now compounded by the clamp being reapplied so soon. "Aw, don’t act so put upon,“ he teased and patted my cheek.

I opened my eyes and grimaced at him as he shifted on the couch and picked the riding crop back up. His hand slipped into my hair and he bent me forward, delivering a few sharp hits onto my already raw ass. I cried out, burying my face in his knee. He moved his hand down to cup my face and I could hear Sir enter the room again.

Sir reached down and hauled me up to my feet as if I were a small child, with his hands under my armpits. My other shoe slipped off. As SG rose as well, I felt incredibly small and helpless with them surrounding me, dwarfed by almost a foot by both of them without my heels on.

"You got her back,” Sir commented, and traced a finger over the one hit I had sustained there where I had struggled. I thought Sir was going to make some silly comment about how SG had damaged his property. Instead, he held my chin and tilted my face up so that I was looking SG in the eyes when he asked, “would you like her to suck your cock now?” 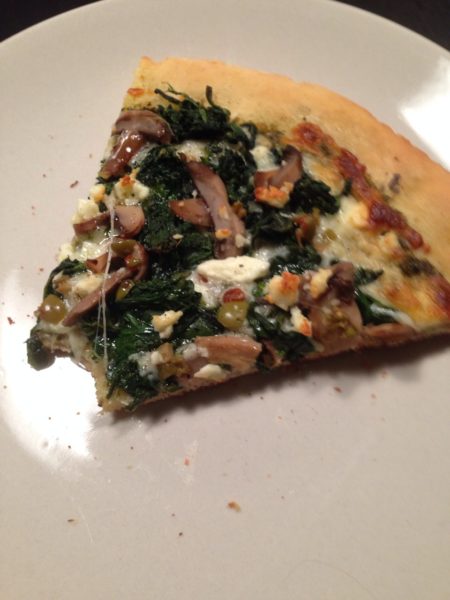 So one of the lovely folks I follow/who follows me lives in my city. We haven’t hung out in a while, but we finally found some time and LOOK AT THIS PIZZA HE MADE. FROM SCRATCH.

My schedule is rather stressful right now. But for tonight, life is good. 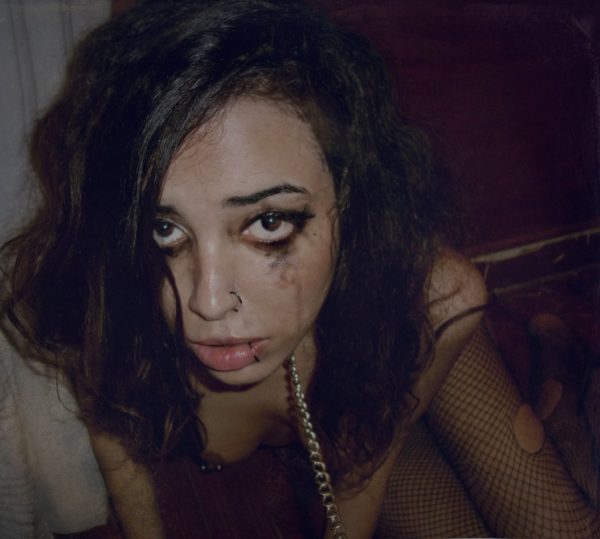 Sir and SG returned to the living room. I didn’t look up, staying in the position they’d left me in until Sir grabbed me by the hair and pulled me up until I was holding onto the back of the couch. He pushed down on the small of my back until I dipped my ass out, biting my lip in anticipation of the pain that I knew was about to come.

“She was mocking me the other day that I didn’t get to give her any birthday spanks,” Sir explained and smacked me across the ass with the tawse. I yelped and jumped up a bit before he eased me back into position. “But now that we’re somewhere nice and private, I thought you might like to help."

I looked over my shoulder as Sir grabbed onto the loop between my cuffs to hold my hands out of the way. SG had picked up the riding crop and swung it hard against my ass, as if to gauge my reaction to it. He’s not the sort of guy to use anything besides his hands, but he was clearly enjoying himself. "That sounds like a good idea,” he replied to Sir.

“So we’ll alternate, then,” Sir said, taunting me by tapping the tawse against the top of my ass. Suddenly, as if something had occurred to him, Sir set the tawse down and tugged me back by the cuffs on my wrists. He slipped down beside me and slid a pair of nipple clamps into place. I pouted and he put me back into position. “Are you ready, dear?”

“Uh huh,” I replied around the bit gag, already starting to feel drool gather at the corners of my mouth, drawn out by the way my head hung.

The two began to alternate hits, counting as each made contact. Sir mostly stayed on my right buttcheek with the tawse and SG with crop, but a few hits wandered more towards the center. I cried out with each hit – they were getting progressively harder – and I felt my eyes well up with tears, felt drool puddle onto the top of my breasts.

By the twentieth hit, Sir rubbed my shoulder. “Are you ready, baby? Three more.”

I should preface this moment by saying that I have a safeword, and it’s not "I can’t.” Sometimes, I want a push, I want to be reassured that I can continue to take this sort of pain. I want to build that tolerance and get into the endorphins and feel proud of what I’ve taken. And because I’ve been in a relationship with Sir for a year – and been playing with him longer than that – I trust him to know when to push and to draw the line where I just can’t take any more.

“You can,” he reassured, mussing my hair. “Are you ready to keep going?"

I nodded and the two resumed, delivering the final three hits. I collapsed against the couch, whining in the pain glowing across my rear and the dull throb of my clamped nipples. Sir pulled me upright and kissed my temple. I could tell that he was very proud. And I felt so incredibly strong and resilient that I was thrilled with myself.

But Sir was right, he called it. It only got messier: 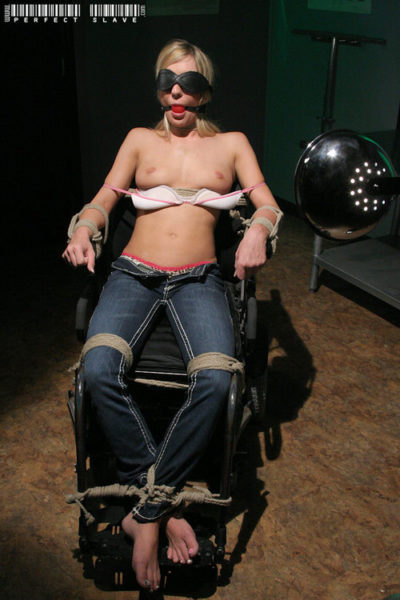 But she’s going to get the worst, most embarrassing tan-lines ever.

I’ve gotten an ask like this before, and that person also used the word “brave.” It’s weird that the word’s used, I’m not exactly being subjugated to him or sacrificing myself.

So, here’s the thing about his blog – and mine as well – both present a very limited window into the kinds of people we are. We’re both rather different than how we present ourselves on the Internet, which is a product of the fact that we’re only showing a small facet of your personalities on this site.

Some of his tastes are a bit intense, but he’s also the kind of guy who cries if you merely mention the stampede scene in The Lion King. He’s very patient, we talk through everything before we do it, and he’s flexible about doing stuff I want, too, that he wouldn’t necessarily ask for himself.

The thing about our relationship is that it’s not this dynamic where I walk into his bedroom at night frightened of whatever sick thing he’s concocted to do to me. A lot of the stuff we do is left off this blog because it’s not exactly thematically relevant. We do stuff that vanilla couples do like watch certain TV shows together, go out for ice cream, and send each other cute mail.

So, yes, maybe I am becoming brave, but not for being with him. 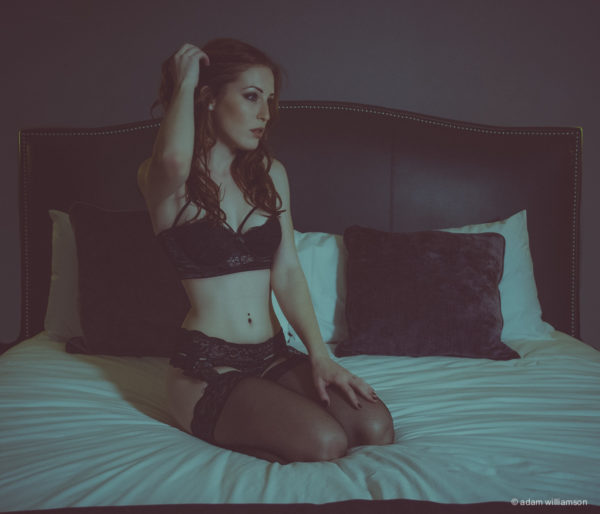 I may have mentioned on here that Sir and I like to do this thing most nights lately when we are together where he tucks me in. I’ll get into bed and he’ll pull the covers up to my chin. Then, I’ll usually demand a story but he’ll insist he doesn’t know any and he’ll kiss me on the forehead and go back into the other room. By the time he comes back to bed, I’m usually asleep. We both like that. It makes me feel safe, as silly as that may sound.

But when I see him in a few weeks, I think I might just be far too giddy to fall asleep the first time he tucks me in again. 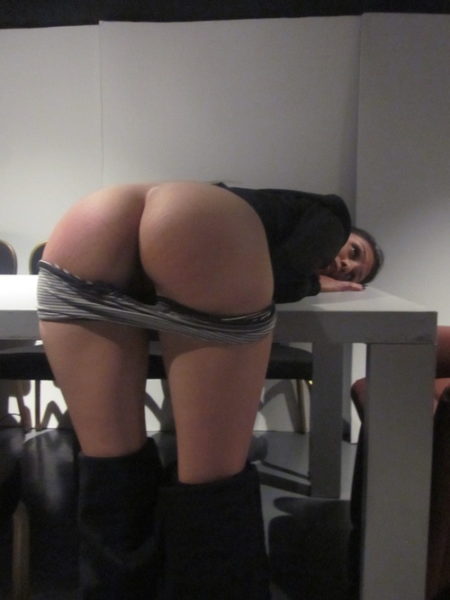 Sometimes the wait is the hardest part.

The wait is always the hardest part.