I’m sorry that this has been your experience. I’d rather not be gender essentialist about it and say it has to do with it being a man or a woman. But, I will say (and this is something @thisbluegirl said as well), this is the first time I saw a nurse practitioner instead of an MD. She was so lovely and so maybe there’s a trend there?

Thank you, also, everyone who responded with shared experiences, support or advice. I appreciate you.

But for legitimately the first time, I had a 100% positive experience at the gynecologist and like, how messed up is that? This might be TMI, but it feels important on a blog about sexuality to discuss the fact that getting good reproductive health support can be troublesome.

I’ve been going since I was nineteen. I’ve seen four different gynos in my seven years’ experience. And while one was usually pretty tolerable – if not a little brusque and presumptive at times – the other two in the past have been legitimately awful. The first time I ever went to the gynecologist, I was told my girlfriend “didn’t count” as a sexual partner and I was given a pap smear with literally zero warning about what that would entail. It was impossibly invasive and disorienting. I cried the whole way home.

A year later, the second person I saw complained I was “too tight” and asked me how I expected to enjoy sex if I “couldn’t relax.” She then made a huge deal out of having to get the baby speculum when like dude, after my first experience, of course I was clenched and tense.

My third gyno was the one I ended up seeing most regularly. By that point, I was told by friends and relatives alike that the experience was going to be miserable regardless. So the bar was set really low. And she did what she had to do for the most part, but she was often pretty brusque, particularly when it came to discussing issues I was having with my birth control. (Which ended up giving me depression and diminishing my sexuality entirely for a good period of time there. Something which could have been avoided, I have been told by other professionals, if she had spent some time asking about my family’s history of depression.)

I only ended up seeing this new one because #3 was on leave. The minute she walked into the room, it felt like the air changed. She was friendly. She was patient. She didn’t act judgmental or presumptive about my non-monogamy and what that might imply.

But most importantly, she told me what she was doing before she would do it. She talked me through every part of the exam, she told me what I would feel and where I would feel it. I cannot begin to imagine how important this might be for someone who has experienced sexual violence. (She made a point of asking me beforehand if I had in a way that felt safe and euphemistic.) Even though I said I hadn’t, she still took the effort to be transparent and clear about what she was doing at all times. Which, in light of my first experience, actually made me relax for the first time.

When we were finished, I expressed to her how grateful I was that she had done what she did and how I’d never had an experience this positive before. She told me that she considered “reproductive health to be the gateway to all other healthcare.” In the sense that if people are comfortable with their reproductive health, they will be more likely to advocate for themselves and monitor themselves in other areas of their physical wellbeing.

For as happy I am to have encountered her – it’s bittersweet, we’re moving in less than a month – I wonder why it took me so long to encounter someone this capable? Also, why am I shocked that someone whose literal job it is to handle people’s genitals actually knows what they’re doing? Like, I wouldn’t be making a shocked, excited post about another doctor/dentist who actually did their job correctly. I presume it will just be that way.

So let’s all celebrate reproductive healthcare doctors, workers and advocates who do their work with sensitivity and care. But let’s also try to make this the norm. 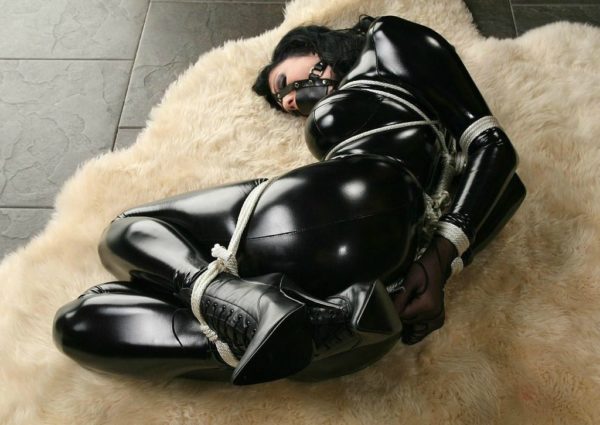