Have you ever looked at a girl

1. I miss your salmon steak so maybe like make that for me when I’m finally off the damn plane. 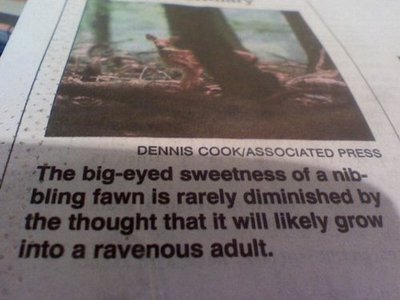 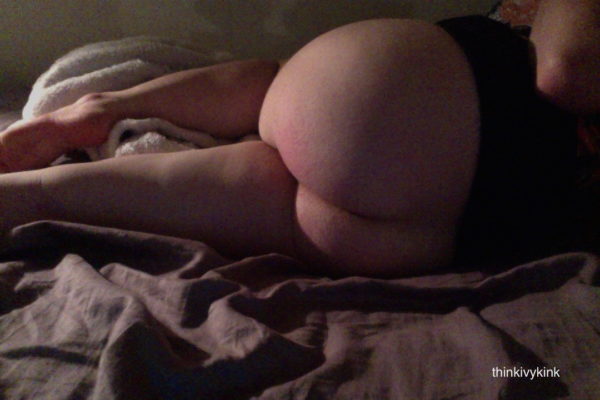 By far, my favorite part of my working day is taking my tights off.

Disclaimer: The content of this story is a little bit harsher and a little more intense than most of the experiences I have written about on here. Please keep in mind that I had safe words – “yellow” for slow down or do less, “red” for stop. The things I did were done willingly and enthusiastically, even when I demonstrated reluctant or fearful behavior. I like to be scared and I like to feel psychologically exhausted, and this experience allowed me to tread some harsher waters. So, I hope you’ll stick along for the ride.

Aside from the endlessly awesome and adorable worthlessrapemeat, I met some really cool people at the munch last week and have been talking to a few of them. One in particular, Flint, was super welcoming at the munch. He was the one who introduced me to WRM (hence, Flint, because he’s good at making sparks. Heh heh I’m the cleverest.) WRM and I ended up hanging out with him and a few of his partners after the munch, and he and I have been texting since.

Yesterday, he, one of his partners and I met up to hang out before another munch event. WRM was going to join us for dinner right before and potentially drinks after, as she had somewhere else to head off to during the discussion.

I met up with Flint and his partner after work, and we spent a little time walking around town and talking before his partner had to split.

Things with Flint were going pretty great. He’s super quick-witted, a little sarcastic, vaguely menacing when he wants to be. I got a little brave and linked him to this tumblr, so he’s able to read this (eek) and he was able to follow Sir (eek) and so Sir has been teasing me that he may or may not have been in contact with him (eek.)

But by far the absolute worst part of the whole thing is the fact that about halfway through hanging out, he figured out that I was ticklish. So, before getting together with WRM, Flint started trying to trick me into lifting my arm so he could tickle me (asshole.)

“You and my boyfriend would get along,” I said, trying to test the waters to see if any of Sir’s little threats of them having spoken were substantiated. “You’re both jerks like that.”

Flint smiled, “well, maybe I’ll get to talk to him.”

I grinned. So, Sir had been just making empty threats this whole time. He and Flint weren’t conspiring. They hadn’t even spoken.

We met up with WRM for dinner and to compare notes on people from the last munch: who we thought was cute, who we thought was totally creepy, who was now randomly harassing us on fetlife. Before Flint and I headed off to the munch, WRM kissed goodbye.

“I’m jealous of you,” Flint admitted, “jealous of her, too, actually.”

The munch was a little bit of a bust, so we ended up breaking off as a smaller group and going out to get drinks. Flint was still being a serious meanie and tickling me, but had invited me to hang out with his primary and one of his other partners after to potentially play a little bit. I liked how things were going with him, so while we headed over to the bar, I texted Sir to ask him if I could play with Flint and if I could have a drink at the bar.

“Sorry,” I explained to Flint, trying to balance holding his hand in my left and texting with my right, “I’m texting Sir to get permission to have a drink.”

Flint cocked a brow. “Did you get permission for the wine at dinner?”

I brought my index finger to my lips, shooting him a “shh” and a wink. Hopefully, he’d keep the glass of wine I’d had without asking – a careless oversight – to himself. Or, simply have forgotten about it by the time he actually spoke to Sir, if ever.

When we were heading to our table, Flint walked up next to me and placed his hand on the small of my back. He leaned down, whispering, “he’s disappointed in you for not asking. Oh, and you’re up to two tallies now.”

I froze, staring up at him as if he’d just sucker punched me in the gut. He smiled. My mouth fell open before I actually started talking. “How’d you…you just…you…”

He smirked and strode past me.

Change it to “Sweetheart” and you’ve summed us up.

I just had to explain the entire premise of “Partition” to Sir after I jokingly said “driver roll up the partition please” in reference to him saying we had some catching up to do when I came to see him at the end of this month.

“Your first time is supposed to hurt.”

“It’s not really sex if there’s no penetration.”

It was now officially 2014 and people started slipping out of the their clothes. Men shed their button-up shirts but left their bow-ties on, girls slipped out of their dresses. As I had predicted, everyone else there had opted to go for black or red or something in that darker spectrum of lingerie. But, being a little bit of a sicko, I’d gone straight for the bridal lingerie and bought the most virginal thing I could spot.

It was a white bustier-type deal with a cute little pair of matching panties. The bustier had four garters dangling off of it, as I had mentioned, and a pretty adorable kind of lace arrangement over the cups and body.

Someone started playing some music and I shoved Sir onto the designated “dance floor.” I was happy that we weren’t just completely moving into sex and whatnot on a dime. Sir had opted to keep his clothing on for the time being, as he’s into the whole clothed male-nude female dynamic, and I was enjoying dancing up on him and having a great time.

At one point, I turned around to grind against him and found this guy standing in front of me, naked save for a bowtie, with two girls kneeling in front of him and just taking turns licking his cock. To my left, a girl had bent over a few chairs and her partner was beating her with a nasty-looking flogger.

“Well, crap,” I said to Sir. “Looks like this just got serious.”

He looped his arm around me and we watched as a small crowd formed around the girl getting flogged. As I looked on and Sir struck up a conversation with the girl next to him, I felt myself getting brave.

“Would you cuff my wrists?” I asked, liking the dynamic of walking around a party inhibited that way. He smiled and continued talking to the girl as he rummaged through his bag for the cuffs. 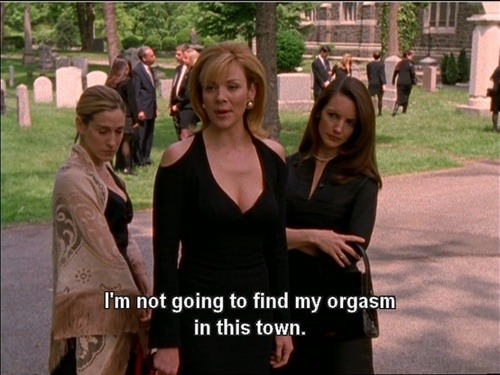 And so I’m going back home todaaaaay for the holidaaaays.