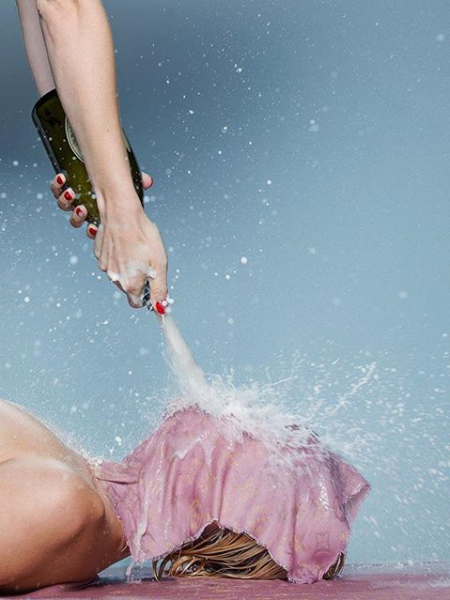 You ever get to that point where like things are awful but you know things will be better in a few months but like you need to get through that period of time and you wish you could just go on autopilot through it but you have to be present in order to make sure stuff gets back to the good place but meanwhile you just wish you could sleep through the whole thing? 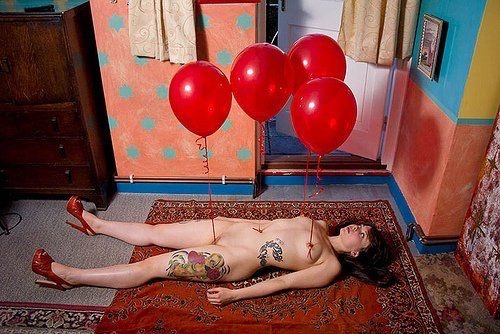 But, y’know what? I’m proud of myself for putting myself out there. And at some point I need to tell you all about a date that went suuuuper well with a bad, bad man.

I hope you rang in the new year in the way best befitting how you’d like to spend the rest of it. 2017 was, at turns, both incredible and exhausting. But I received some amazing career news the other day that I’ve been basking in all weekend. And it’s not a terrible note to start 2018 on in the least.

So here’s to doing good stuff, cutting out the bullshit, putting positivity out into the world and flipping the House of Representatives.

A little under two weeks ago, Pup and I loaded up our U-Haul and drove to our new city. In the intervening time, we’ve set up our home and gotten to know our neighborhood. Later today, we’ll drive the last of the cardboard boxes that held our things to recycling.

It’s bittersweet to leave the place I called home for the past four years. I got my Master’s there. I found my career and my passion there. I met friends I’ll hopefully have for the rest of my life. I fell in love there. Twice. (I’ll get to that story sometime.)

I know I haven’t been very good about updating this tumblr. When I first started it, I was uncomfortable with living my life as the person I knew I was inside. It gave me a space to be that person, and I have been eternally grateful for what it’s allowed me. But more and more, I’ve found myself able to finally be that person in my life. I never, ever thought I would be able to say that. But I am finally, truly my full authentic self, and I feel as though I have the upper hand in my basically lifelong battle with shame. So, I’ve needed this blog less and less.

I’m excited to continue on this journey in this new place. I am still hoping to update this blog. But for the people who’ve asked if my inactivity is a sign of things going wrong in my life, it is quite the opposite.

Thank you for all the support, kindness and candor you all bring to this site. 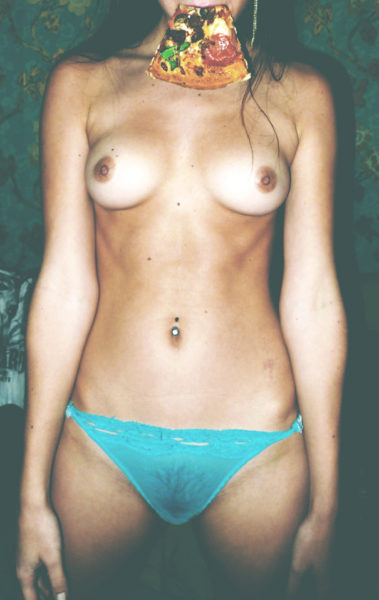 Pup and I went out for celebratory pizza tonight because today was a very, very special day.

I mentioned back in February that we’re moving to a new city. Since then, we’ve found a fantastic place to live and started to firm up on the details of our move. Today, I sent in my acceptance for a job offer from a place I really, really, really wanted to work. Like it still hasn’t entirely sunk in yet because, ahhhh, omg guys.

I don’t want to get too specific, but this is meaningful work that has an actual, relevant real-world impact. There’s actual potential for me to advance in this field. Also, it’s the kind of work where once I walk out the door, I’m done until I come back the next day. (At my current job, it’s basically impossible not to take work home, such that I don’t have “real weekends.” It also involves a lot of unnecessary, basically unpaid emotional labor that I am pretty ready to be done with.)

I am so excited to do something with a tangible impact and to have more time for myself, for my social life, for my hobbies and for whatever the hell else. (Yeah, that means you, tumblr.) 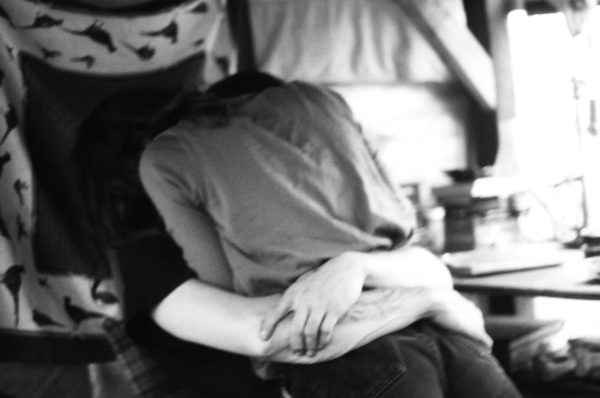 “I’m happy for you,” Leo whispered against my skin, trailing a line of kisses across my clavicle. It was Saturday night and we were in my bed.

It was late; I was just teetering on the precipice of sleep, a little drunk and otherwise exhausted. Oh top of having a long week, my apartment was packed: Pup’s and my roommate’s boyfriend hanging around and planning to sleep over, Leo was spending the night. Prior, he and I had taken a long hike and had a really nice dinner together, all accompanied by one of those vast, all-day kinds of conversations I love. We’d returned to my place to join Pup, our roommate, her boyfriend and another friend of ours for a silly night of boardgames and beers. He’s met my friends a few times before – and he and Pup get along famously – so the entire evening was an absolute blast. We’d all had a bit too much to drink, so Pup opted for the pullout couch (honestly, a poly lifesaver and one of our best investments, it’s more comfortable than our actual bed) and Leo and I took the bedroom.

“Your news. I’ve been thinking about it tonight,” he explained. “I’m happy for you, but I’ve decided I’m allowed to be sad.”

I’d been saving up the news that I am moving to a new city with Pup in six months for when I saw him in person. Though I’ve been slowly but enthusiastically getting around to sharing the news with people close to me, I noticed that this was the first time I actually felt a little twinge of melancholy in relating it. It was bittersweet. I’ve been a bit too busy to update you all on my life, but things have been going really, really well for us.

“I feel the same way about myself,” I admitted. “If that makes any sense.”

That night, I’d looked around my tiny kitchen and saw, packed in around our little table, a cohort of some of the most important people to me. And I realized that, four years ago, I didn’t know any of them.

In one of my favorite songs of his, David Bowie sings: “My brain hurt like a warehouse, it had no room to spare/I had to cram so many things to store everything in there.” It’s a sentiment I’ve felt a lot lately, in taking into account the four years I’ve spent in this city. For as excited I am to move onto this new phase and the opportunities it holds, I have often become overwhelmed by the depth and breadth of the little life I’ve created for myself here. So much of my life here is no longer comprised of the things I brought with me when I first moved to this city.

“I never knew I’d need so many people,” Bowie laments a few lines later, and I absolutely get it. Because, fuck, I am going to really miss all of this. 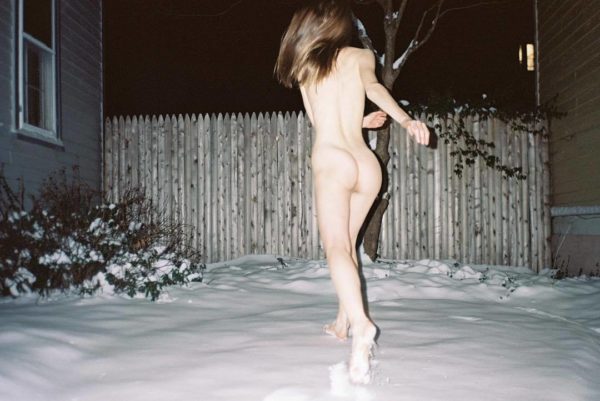 Make a run for it

Pup just got some incredible life/career-related news and I am the most excited ever for him. I’m waiting in an airport right now barely able to hold it together – I can’t wait to see him. I’m so proud.

However, this news means we’re probably moving to a new state. There’s the side of this that makes me a little anxious. Over the last four years in this city, I made a life. I lived alone for the first time. I fell in love with a place and with a person. I formed a circle of friends. I graduated from grad school and started a job I like (but am also kind of prepared to move on from and go into the next phase.) I made meaningful connections with partners.

So there’s the part of me that wonders if I’m willing to leave it behind and start again. And there’s the part of me – that is yelling louder, that feels right – that it’s time to start this new chapter of our lives together. It’ll push me to ask for more in my career than be complacent with my current situation. I can decide with my partners what feels worthwhile to keep going from (not all that) afar. (It is not as big of a move as it was from where I went to college to this city, not by a long-shot.) I never wanted to put down roots here. And I am young still and more in love with Pup than I am with this city.

And maybe, secretly, a little ready to move on. 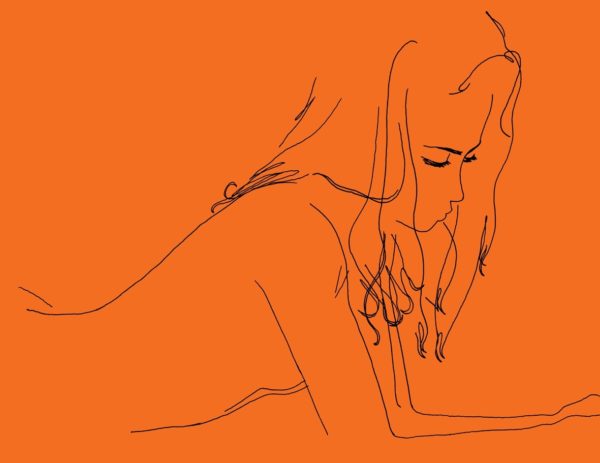 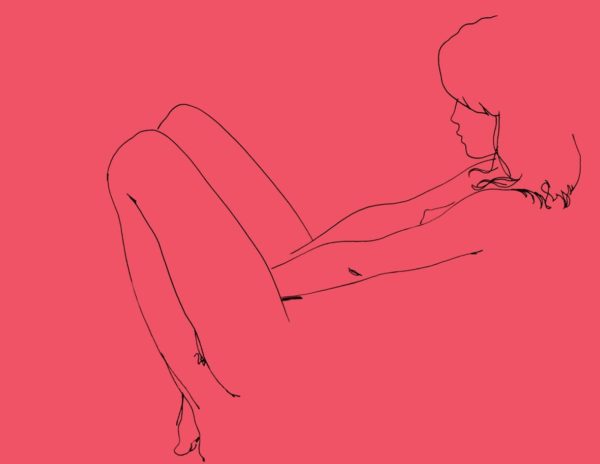 Facts are, my life has been the most hectic it has ever been, for good and bad reasons. I finished up my Master’s, I have a job in the city where I completed it that I’ll be beginning soon after I return from this trip to be with Sir. Things are crazy and exciting. I’m starting to get situated in my field, and so tumblr has fallen a bit by the wayside.

However, this inactivity has also been for some crummy reasons. Basically, I’ve been putting off writing about two things that are kind of sucky. The first is the relationship Pup and I had with Saltine. The second is a rather rough spot, kind of an ultimate low, with Sir. Both have resolved themselves in different ways: Pup and I are no longer seeing Saltine, Sir and I kind of had to hit rock bottom to rebuild back to what we had.

Neither of these are particularly appealing to write about. The first feels so strange in the sense that I know this thing is over, and it colors all the stories I have to tell you. The second is buried beneath a lot of shame: I hate to admit where I’ve messed up, I hate to portray my relationship with Sir in a negative light.

So bear with me, tumblr. The stories are coming. They’re just going to take a lot out of me. 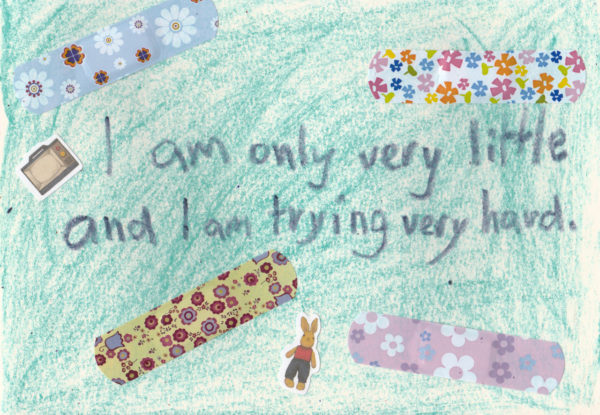 Hey, tumblr. I know I’ve been sparse and I know I owe you at least one daily photo. I’ll post a bunch of makeup ones soon, but right now life is a little nutty and I’m busy handling some stuff. I’m totally okay, but just bear with me a little.