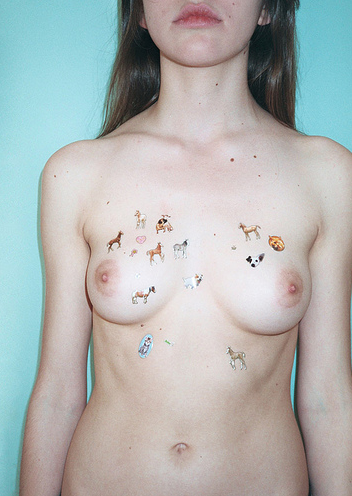 Back to School, Part Three

The Librarian had started up with hitting people with a ruler over some matter with the stickers, and it was clear that she was going to get her just deserts. Flint had twisted one of her arms up her back and was hitting her with a threatening-looking flap of rubber. Bruises were darkening on her skin already, but she was taking it like a champ.

“Hey,” Lida said. She and I and one of Flint’s other partners were sharing an armchair. She’d snatched a whole book of stickers from somewhere and started applying them to my cleavage.

A little earlier, she’d been shy about talking to a pretty girl I know and I’d pretty smoothly introduced them before dipping seamlessly out of the conversation. I figured maybe the chest full of stickers was partially a thank you for that and partially a demonstration that she wasn’t upset over how hard I’d spanked her.

Back To School, Part One

A couple in the poly/kink community in my city threw a back-to-school themed party for their non-monogamous and kinky friends. It was totally just supposed to be a meet and mingle kind of thing, but let me preface by saying all the wooden spoons and rulers in their house ended up broken, and I left with a massive bruise.

(Yeah, this is how behind I am. I’m finally writing about something that happened TWO months ago.)

I’d opted to channel a little “Baby One More Time”-type look, complete with pigtails, and carpooled over with The Librarian, who had gone for a teacher-type look. The ride over was, confessedly, a little awkward. She and I shared two partners (Flint and Nilla) and she’s the ex of my pizza friend, and we basically only knew each other vis-a-vis these people. So, while we tried to sort of get to know each other in the car, things were wholly pretty awkward. This is what happens when you live in a relatively small city with a poly/kink community, I guess.

When we arrived, I noticed that several other girls had (predictably) picked up on the whole Britney Spears schoolgirl thing and were wearing similar outfits, including Lida. But, while I’d chosen to wear little oxfords, she’d opted for these absurdly tall heels that made her already tall frame sway and teeter whenever she walked.

I ended up sticking with Flint and Lida and one of their other partners I hadn’t met before at first, feeling a little shy and not really knowing a whole lot of people at the party. Flint was dressed like a teacher as well, down to a tweed jacket with patches on the elbows.

As an icebreaker, the hostess had us write two truths and a lie on an index card and then walk around, trading cards and trying to guess lies. While this was going on, The Librarian had started wandering around with a ruler and was playfully tapping people on the ass. Eventually, other people had joined in, hitting each other with everything from metal rulers to wooden spoons from the hosts’ kitchen.

“Wow, she’s out of control,” a guy joked to me, pointing to the Librarian as she was whaling the now bare-assed host (who’d been dressed like a lunch lady, and his partner as the headmistress/principal figure) with a ruler.

I smiled. “Yeah, that’s why I’ve been taking certain measures.” I gestured behind me. To protect myself, I’d been standing with my ass against the table with the refreshments.

The guy tapped the wooden spoon against his hand. “That’s cheating.”

“Oh, do you want to hit her?” Flint asked, coming over and pulling me away from the table. He looped one arm around my waist, while he went to tug the back of my skirt up.

“Stop!” I squealed, my hands flailing behind me to try to catch the fabric of my skirt and tug it back down. Flint moved the arm around my waist up my back, forcing me to bend over. “Flint, you’re going to show everyone my-” 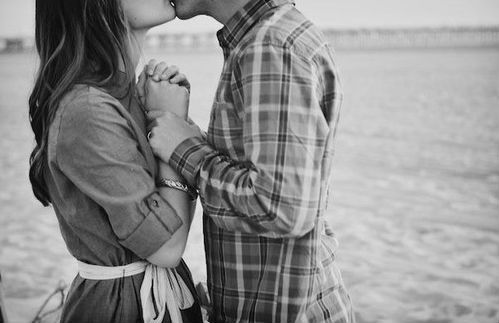 I first met Nilla when I accidentally flashed him while showing Flint a bruise he’d given me on my breast. Of course, I was only about 500% embarrassed about that.

The second time, I met up with him, Flint and one of their mutual partners, the Librarian, for drinks. We had a fun evening, but at the end of the night we went our separate ways. But, while I was sucking Flint’s cock that night, he got a text from Nilla and replied with an explanation of what I was up to. I blushed like crazy.

The fourth happened because we both texted each other the night after the third saying we’d felt awkward and we both wanted to get to know each other a little better. Even though he had a flight the next evening, we made time to see each other in the morning. We had coffee and got to know each other. I learned he wasn’t terribly kinky, but that doesn’t bother me all that much. He’s good-looking and funny and we have very easy conversation.

Right before we said goodbye, he asked if he could kiss me. Finally, the context felt right.