Do you know what he likes about you, little girl? Your soft places. The parts of your body that seem to be made for squeezing, gripping, slapping. Exposing. Hurting.

Sometimes that will be your cute little butt, up in the air, wiggling over his lap as he raises his hand and lets you anticipate the fall. Sometimes that will be your pretty pink mouth, his thumb rolling from your lower teeth to your lip as he holds you firmly by the chin to make sure you know you’re being used. And sometimes, he’s going to tie you up, pull your clothes just far enough out of the way, and lean down as he pulls your crotch rope up to make you curl like a roly-poly bug.

It’s convenient, you see. He can grip and squeeze and pinch your sweet breasts, and then he can reach down just a little bit and warm up your naughty little pussy, and then go back and start again. He can do it as many times as he wants. He can make you very very wet, and very very sore. He will. And then maybe he’ll see how you react when he puts himself inside you.

He gets so hard, you see, and it really is your fault–you make him that way. So he needs to take some softness from you.

I’m sure you don’t mind. After all, good little girls share, don’t they? 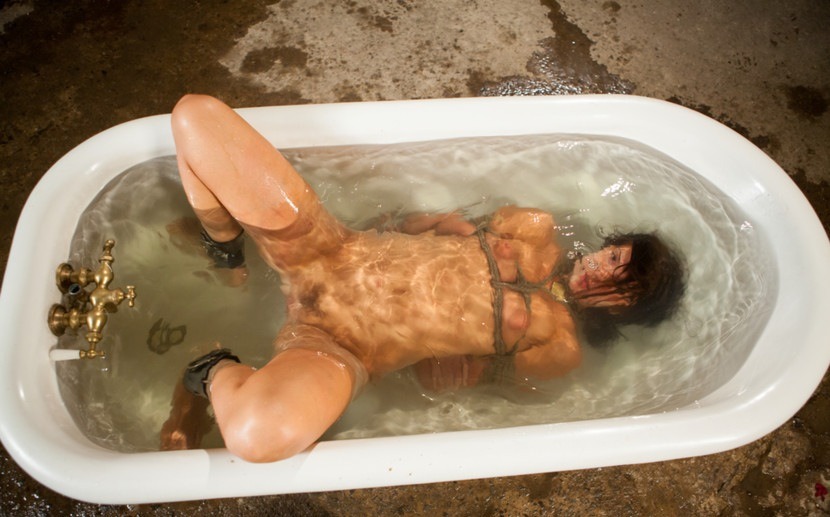 Vanessa will be kept in some form of restraint at all times and displayed for observation by visiting colleagues for at least an hour a day. She will be mechanically stimulated upon waking each morning and will have two orderlies assigned to maintain her state of arousal until curfew. In between, she will undergo a series of therapeutic sessions designed to retrain her orgasmic response and obstinacy.

Pictured above is one such session. After being harness-bound and edged, Vanessa is submerged and must lift her hips above water to request being lifted out of the tub. Clitoral/vaginal stimulus will commence for fifteen to thirty seconds before she is lifted by her harness, hair, or nipples out of the water and allowed to breathe. As she shows signs of approaching climax, stimulus will be removed and subject will be dropped back in.

If desperation and self-degradation seem sufficient, subject will be permitted orgasm just as she is once more denied breath. Current recommendation is no more than twelve such permissions per day.

Hypothesis is that within the first week of such therapy, Vanessa will have a baseline elevated arousal level and willingness to submit, as well as quite literally associating breathing with pleasure and need. Follow up with forced orgasm regimen (type H or J), then fucktoy rotation on level 6.

(This series is inspired by a number of things, but most obviously by pleasuretorture’s experiments.) 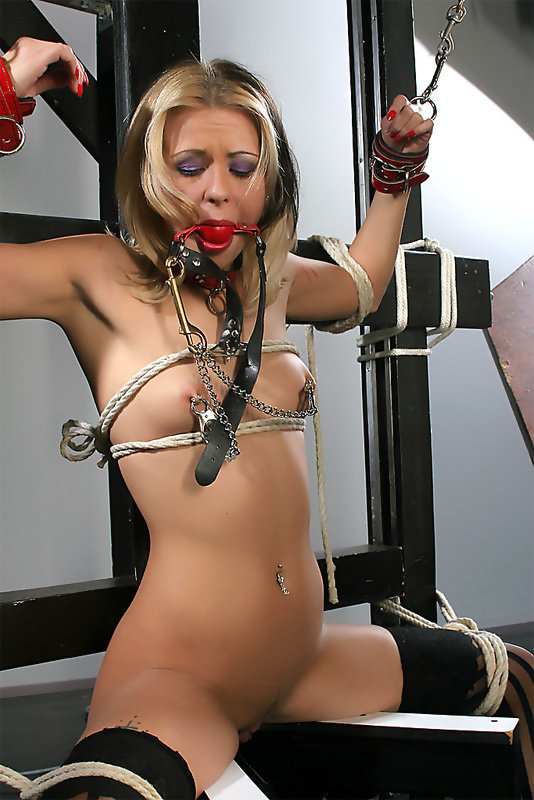 Behavior correction case file #253: Chrissy. Subject is a “screamer,” unable to control the volume or pitch of her voice during sexual activity. While vocal enthusiasm is a highly prized trait here at the Institute, it comes second to self-control when so ordered.

Chrissy will first be conditioned to associate being gagged with arousal and a need for stimulation–a common course of reeducation for new subjects. Once complete, we will begin building the idea that the gag is her own responsibility, and must remain in her mouth in order to reach orgasm. Opening her mouth to scream (or biting the gag too hard) will result in a series of bouncing, weighted tugs on her nipples, and cessation of clitoral stim.

After the first failure, she will also receive a series of punishments of ascending intensity to her vulva, and will be required to beg–in a whisper–for the gag to be replaced between her teeth.