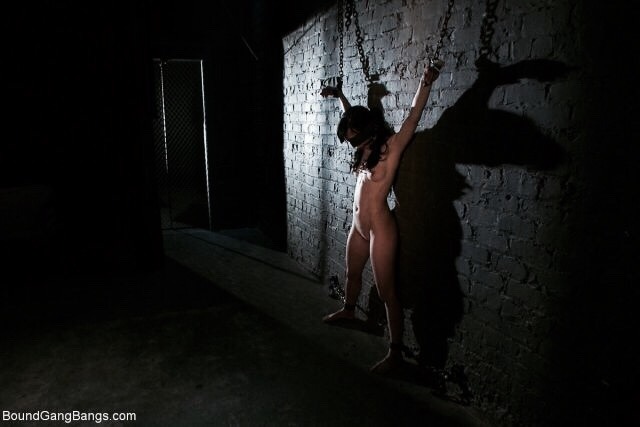 Your teeth and throat and bitten lip.
Your tongue, so sharp and tart.
Your muffled sounds. Your quickened blink.
Your stutter-skipping heart.
It won’t be long, this little wait.
You try so hard to hold
Your hands and feet and gaze and breath
As still as you’ve been told.
You squirm. You shift. You can’t resist.
You never could. You sigh.
You’re here because of what you are,
And why you catch the eye—
You burning wick, you emberglow,
You drifting little spark.
You are a pulsing point of light:
But oh, the night is dark.

Thank you for the kind word. What an interesting idea! My schedule always gets a little packed around the holidays, but if I have any followers looking to turn over a new leaf at the start of next year, I’d certainly try to help. 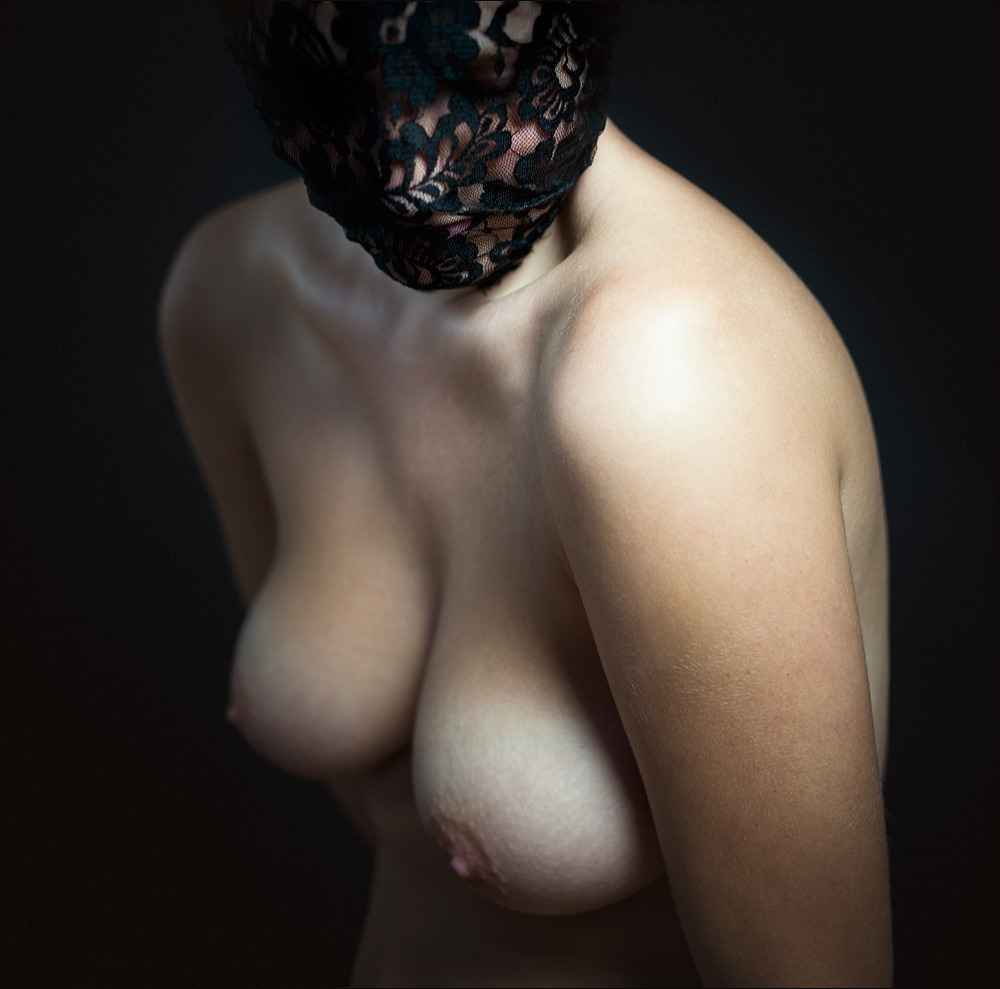 “Hi, baby. Can you hear me?” He squinted at the screen, looking at the little mirror image of himself in the corner, then tilted it so the camera wasn’t pointed directly into the light.

Her face appeared, frozen for a second, then block, then moving, grinning. “Hey!” she said. “Is it working? Is it there?”

“Yeah!” he stepped away from the monitor so she could see their surrogate, kneeling on the bed, lace mask pulled over its face and implant status light pulsing slowly at the nape of its neck. It was nude and still but for its breathing, curled slightly in on itself, waiting.

On the monitor, she bit her lip. “Fuck. You got a cute one.”

“Aww, you like it? I tried to pick one as close as I could get to you.” He looked down at it, tugging at his lip, his eyes hungry. “Wanna try it out?”

“Yeah. Yeah.” She picked up the collar and its trailing wires, fastened it, and made sure the cold contact metal patches were touching her throat. “Okay, try something.”

He reached out and ran the backs of his nails down the surrogate’s chest, around the side of its breast to its inner arm. Goosebumps rose on its pale skin. Through the speakers, she gasped.

“Fuck. Oh man. I didn’t think it would be that clear!” She wrapped her arms around herself and giggled. “Do it again. God, I miss you. It feels so good to have your hands on me again…”

He squeezed its arms, its shoulders, then settled his hands on its hips and pulled it in close to his chest. She let out a little hum of pleasure, feeling the heat of his body against her back. “Should I, like… move it so it’s sitting like you are?” he asked.

“I think you should move it so it’s sitting on your dick,” she said, hand stealing down into her shorts.

“Baby, I have been fucking starving for you,” she growled. “We can cuddle after. I wanna see just how much of you I can feel…”

Needing little encouragement, he wriggled out of his shirt and pants, springing out hard and lifting the surrogate’s yielding body up to part its thighs. It was wet, of course, warm and slick, and if it didn’t feel exactly like she did, well…

“Oh fuck,” she gasped, arching a little on the screen. “Oh my god. Oh fuck, I didn’t think… I can feel how tight it is AND how hard you are, baby… you don’t have to put on a condom or anything, right?”

“Nah, the service takes care of all that,” he grunted, pushing deeper inside it. “God. This is so much better than jacking off to your snapchats, I can’t believe we didn’t try it before!” He picked it up and started to rock its hips back against him, and she groaned and lifted herself a little off her chair.

“They must be so well-trained–there’s no way I’d be able to hold that still if you were really inside me.” She bit her lip. “Can you make it move some more?”

It had already been trembling a little, holding back, but now it arched and bucked and–he thought–barely contained a whimper of its own. He grinned with pleasure, slowing his thrusts, and both she and it squirmed with frustration.

“You playing with yourself, baby?” he said, panting a little.

“Yeah, why? Are you–oh my GOD,” she said, eyes going wide as he reached down to roll its clit between finger and thumb. “Holy fuck! I can feel–you and it and me–all on top of each other–”

He moaned, grabbing it by the shoulder and settling back on his heels, pulling its weight down on top of his cock and making it bounce a little. He could feel its breath hitching; he gave it a playful slap between its legs. Both of them jumped, and she let out a little squeak.

“Sure feels like it,” he said. “Mmmmfuck. But I don’t think it can have an orgasm unless I give that command too.”

Her eyes were dark and glittering, and she had one finger between her teeth as she rolled her hips against her other hand. “Do it,” she said. “Make it come.”

The surrogate definitely did let out a little noise then, legs shaking, gripping the sheets. On the monitor, she caught her breath and rubbed herself faster. “Fffffuck,” she whispered, “it’s like I can feel it but not actually go over–oh God–can you–can you make it go again?”

He did, and that time, watching it and feeling it clench and writhe and shudder, they both came with it.

“Don’t take this the wrong way,” he said lazily, afterward, running his fingers over its goosebump skin again, “but I kinda wanna rent one for when we actually do this again in person too.”

The thing about the Institute is this: it’s no secret, what we do here. It’s common knowledge, both locally and online, and while the details of patient files and therapeutic methods are of course confidential, you’d be hard pressed to find a girl who knows where our complex is but not what happens inside. No one who enters emerges the same person. Many don’t emerge at all, as a person or otherwise.

Yet nearly all of them come to us of their own accord.

Why is that? Why would you, in possession of full knowledge or at least wild rumors about the treatment we plan to inflict on you, walk through our doors and sign away your life to our tender mercies? It seems counter to every instinct of self-preservation. Most of our clients are financially stable, and all arrive in good physical health. Your complaints are little things: bad habits, flaws of character, shames, mistakes and regrets. What drives you all to surrender voluntarily to the slow, thoughtful cruelty of men, women and machinery bent on breaking you?

It’s likely you couldn’t articulate the answer if you tried. But we can. We’ve seen you before, you and every girl like you. We know you’ve spent your whole life alone inside, frustrated, aching and empty, trying to smother the roaring fire of needs you do not and cannot understand. You have been hiding it so long that everything in you hurts. You are already suffering.

You want to believe that your pain can be fucked away.

Whether that’s true is something you’ll have to see for yourself—but only we can show you. You know that. So you’ll take a deep breath, step into our parlor, and hand over your body in the hopes that we’ll break it open to fix your soul.

That’s the thing about behavior correction, you see. It only works if you really want to change.

Your message was so kind and sweet that I am embarrassed to post it, but I appreciate it a great deal. Thank you. 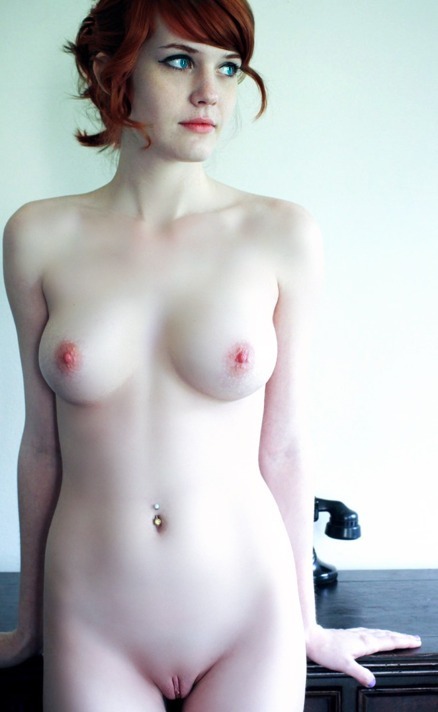 The airbrushing in this picture is pretty flagrant–her lower belly, most of her chest (right to a weirdly clear line diagonal above her nipples), and most noticeably on her mons, I suppose to hide the texture of her skin and maybe some stubble. I am not surprised, I guess; I’m sure I have posted photos here before that exhibit similar artifacts.

This is actually my favorite kind of message to receive. Subs, littles, fuckbuddies, just-good-friends: you have no idea how satisfying it is when you admit the little ways in which you need us.