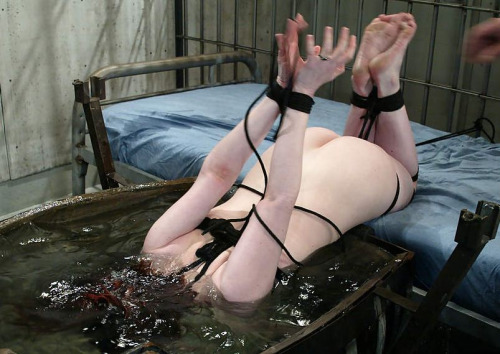 What an interesting idea.

She’d been a little nervous, at the clinic, as they lifted up the silly little gown and rubbed the topical anesthetic onto her. He’d held her hand, and winked at her, reminding her of the time they’d tried playing with numbing gel to desensitize her. (It hadn’t worked, of course; she just got too excited, too sensitive inside, and came anyway. Hair-trigger girl, she scolded herself.)

But her anxiousness was unfounded: she didn’t feel a thing as they did the installation, and it only took a few minutes. The crystal pattern they’d picked out together was a little extra, but he’d been more than happy to pay for it. “I like that you’ll be able to see it when you look down, just a little,” he said, holding the mirror for her as she gently traced her finger around the edges, watching it glitter as she breathed. “I like knowing that you’ll remember, even if the implant’s turned off.”

“And how often are you going to turn it off?” she smirked.

It turned out the answer was “never.”

It drove her fucking crazy. As soon as it became clear she wasn’t allowed to come, wasn’t ABLE to come, it was all she could think about. She thought about it at work, in the car, at her book club, at dinner. Her friends started teasing her about her attention span because of how often she got caught staring off at nothing, lips slightly parted, lost in embarrassing thought. The whole situation kept her so wet that she had to start carrying a spare pair of panties in her bag–then two pairs. When she opened it at the end of the day, she could smell her own need, and she usually had to shove a hand up her skirt and edge right then and there.

That only made it worse, of course. She’d known the implant would let her edge but not go over, but she hadn’t known, really known how high and keen that edge could be. It was a ragged knife inside her, a clamp on her brainstem, a drug that hooked her on her own cunt. He didn’t even need to get out her vibrator–though he still did anyway, sometimes. Just his cock or his fingers inside her were enough to send a spike of desperation all the way up her spine, and there was absolutely, positively no answer to her screamed or whimpered prayers.

“So,” he said softly in her ear, spent and satisfied as she lay there, breathing, lost in the throb of her own constant need. “Four weeks since the appointment. This is when we were going to decide whether to keep it, right?”

“Uh huh,” she managed, as if she’d had any idea. Had it been a day already? Had it not been a year?

He traced one finger from her mouth down her throat, over her arching belly, to brush the sparkling glow between her legs. Her body was immediately ready, deep ache wrapped around sharp pleasure. “What’s it like to be a hair-trigger girl,” he asked, “when the safety’s on?”

“Dangerous,” she whispered, and let him pin her into place again.

Two of her friends glanced at each other; the third took a swig from the filched bottle of sickly-sweet coconut rum. “You going to get it out or not?”

Peyton looked back and forth, a little giddy from her own pass at the rum, from nerves and excitement and flirty energy. “Get WHAT out?” she teased. “I’m not going down on anyone for a dare, you guys–”

The friend she had a crush on held up one hand. There was a black rubber collar in it, with a little blinking box attached.

“Oh my god,” Peyton laughed. “Is that one of those things your dad uses to train dogs? You are such a perv!”

“Dare stands,” said her friend, head cocked. “I mean, unless you’re going to puss out.”

She rolled her eyes. “Whatever, I bet it doesn’t even work. Or doesn’t hurt if it does.” She tried putting it around her neck, then had to hold her hair out of the way while someone else helped get the buckle done. There was a satisfying little click when it worked, and then she could feel the light pressure against the sides and back of her neck, cold little nubs of metal warming to her skin. “Tada!” she said. “Okay, my turn, right? UmmOW!”

Her friends were staring at her, a little startled. “Holy shit,” said one of them, “it works.”

“YEAH it fucking works!” a little laugh came bursting out of her, significantly more nervous than it had been before, though the excitement was oddly lingering. “Jesus! I am so making one of you try this on next.” She tugged at it, trying to find the complicated buckle, but as soon as only one of the metal contacts was touching her, the second delivered a warning buzz that made her almost lose feeling in both hands. “Ahh! Shit!”

“You can’t take it off once it’s on unless the remote is unlocked,” said the other friend she had a crush on. “I read in the manual.”

“Truth or dare, Peyton,” was the only answer she got.

“It’s my turn! I get to” SNAP. She yelped again, clenching her fists, drawing her knees up in a protective curl that of course would not protect her. But still the helpless giggle came bursting out of her, even though part of her was starting to think this was very, very bad. “FUCK! Okay, okay, truth!”

The friend she had a crush on–the pretty one, with dark eyes and long lashes, and sun freckles on that bitten lip–said “You really have to put a better password on your laptop.”

Peyton’s heart jerked sideways. “My what?”

“Truth. Peyton. Do you like to watch videos of girls getting hurt?”

She was caught, breath coming fast for so many complicated reasons. “I don’t–why were you–that’s NOT cool to–”

A warning thumb rested on the remote button.

She was so fucking embarrassed. “Okay! Yes! I mean. Sometimes.” She took a deep breath. “Can I have some more rum now?”

“Yeah,” said her third friend, the one she’d sometimes been a little scared of, the one who had been in her dream last week. “But you gotta come over here and sit between us first.”

She stood, unsteadily. Two steps across the room, the next shock came, and dropped her to her knees.

“Oh my god,” she was panting, still laughing a little, on the verge of hiccups. “Oh fuck.”

One of them stood up, leaned down, and took her collar in two fingers. Peyton found herself stumbling forward on her hands and knees, being led like a reluctant puppy, and feeling–weirdly–comforted when that warm hand brushed her neck.

They put her in the middle of the couch, sprawling kind of sideways, one of them pulling her hips back so that her legs fell a little open while the other kept that grip on her collar and pulled her head in close to rest. “Truth or dare.”

“Truth again,” said Peyton, as they lifted the bottle to her lips and let her drink.

“Truth. Are you turned on right now?”

This time, when the shock came, she let her hips roll and her back arch a little, and the noise that came out of her was some kind of gigglegaspmoan.

There was a hand on her thigh, then a hand at the top of her leg. There was a hand working its way up her shorts. Peyton closed her eyes and bit her lip and let it ride the soft, fuzzy skin to the dip where the tendon of her leg stood out against the swell of herself, then edge cautiously underneath the edge of her underwear.

“Rules clarification,” said someone. “If she tells the truth but doesn’t use her mouth, does that mean she’s cheating?”

“It means I win,” she said, grinning, and braced herself to get what she deserved.