The water we swim in. 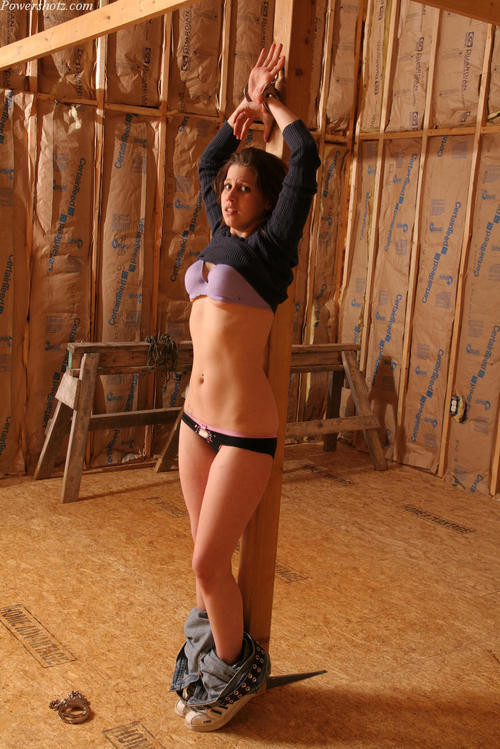 They were always carrying equipment into the half-constructed house at the end of the cul-de-sac. Sawhorses, power tools, coils of rope and cases of bolts and fasteners. Big long crates, too, heavy enough that they needed two men to carry them, or sometimes to stack them on a forklift.

They left the floodlights on inside all night, and ran heavy machinery at odd hours, grinding or shrieking or clattering and bothering the neighbors. Eventually they complained enough that a man came out from the county to talk to them. He stayed inside for a couple hours and then left, returning several more times over the next week. His final report was that he couldn’t find any evidence of a problem.

Kelly used to bike by the place all the time when she was younger. Now, at nineteen, she’s finally seeing what it’s like inside. You wouldn’t expect a normal house to take years of building, would you? Who would wait that patiently for their home to be completed? Who knows. Construction projects always take longer than you expect. 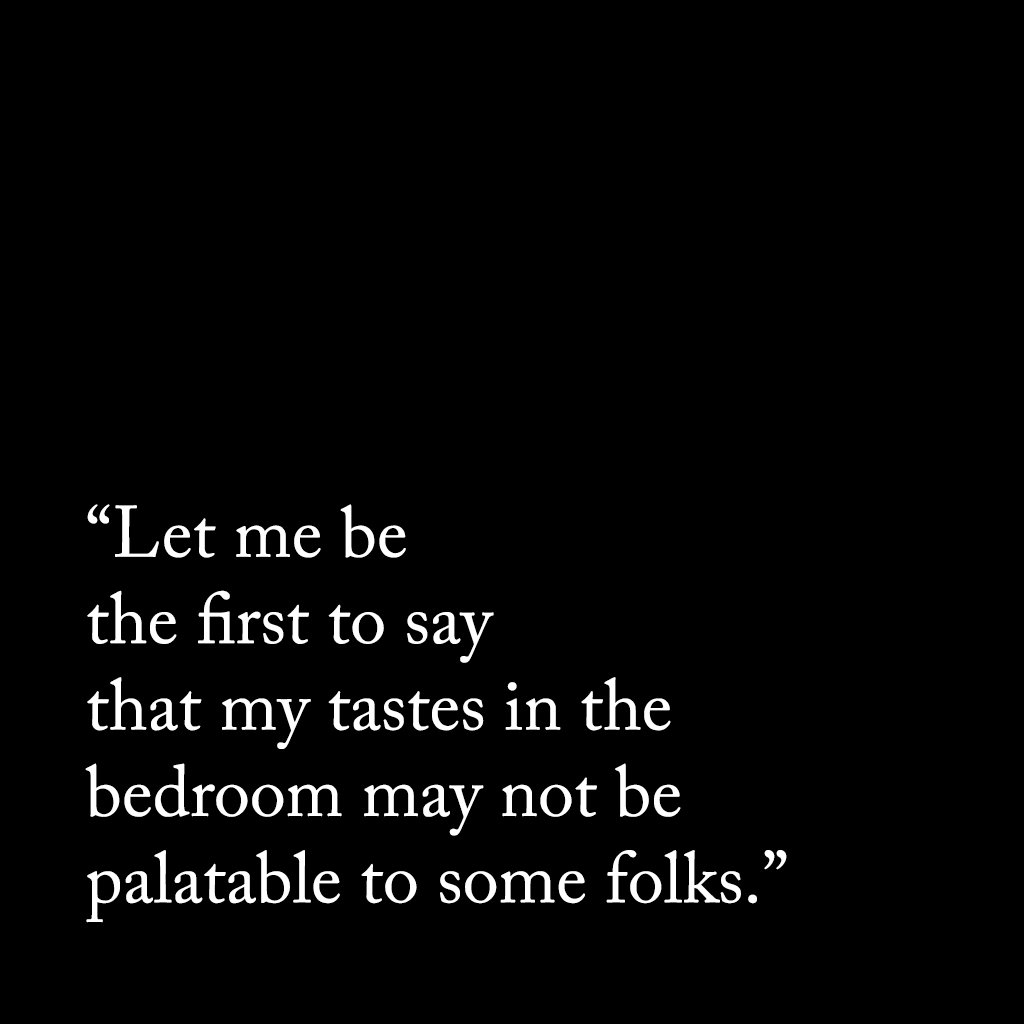 Lots of trigger warnings on this one. I want to talk about Jian Ghomeshi, a Canadian musician and broadcaster who abused women. When a number of those women began to come forward about his having assaulted them, Ghomeshi was fired from his job at CBC, sued them for fifty million dollars, and posted a defensive manifesto in which he attempted to claim, more or less, that he was being kink-shamed out of the industry.

In his Facebook post, Ghomeshi used variations on the word “consent” nine times. (He used the word “safe” only once.) He’s clearly looking at his own activity from some kind of pseudolegal standpoint, where his right to privacy supersedes all others and pre-agreement is the highest standard of ethical behavior. This is a pretty common tactic among people who would like to simplify complex situations until they resolve in their own favor: insist that if you display perceived agreement to anything, the responsibility for what happens afterward lies entirely with you. This ignores the fact that silence or lack of knowledge is not consent. This ignores the fact that consent can be withdrawn. This ignores the fact that, in the real world, all negotiation takes place in a complex web of pressures that are often equivalent to duress. This is one of the roots of rape culture.

Informed consent has long been the Holy Grail for scientists, kinksters and armchair ethicists. Here’s the thing about the Holy Grail: it doesn’t fucking exist.

Ghomeshi claims he has evidence that he obtained consent from at least some of the women speaking out about him. I am vastly more inclined to believe the people he assaulted than I am to believe him, but even if he has bulletproof contracts drawn up and signed by every one of them, it doesn’t matter. Even if it wasn’t the case that people who say they were attacked deserve the benefit of the doubt over their attacker, it doesn’t matter. Because in his own words, in that tragic victimized narrative of a Facebook post, Ghomeshi never displays one bit of empathy for the people he claims were his willing partners.

He describes himself as “in deep personal pain,” “harassed,” “demonized,” “smeared,” “defamed,” “damaged,” “piled on,” “hated” and “laughed at.” He writes in the hopes that he can “bring an end to the nightmare.” That’s his nightmare, to be clear. He describes the first woman to come forward about him, and the journalist she worked with, with words like “jilted,” “upset,” “her anger,” “colluding” and “vengeance.” The part where he describes her as “painting herself as a victim” displays a stunning lack of self-awareness.

He never once gives a moment of consideration to the idea that anyone has a reason to be traumatized by his actions, and Jian, buddy, that alone disqualifies you from the ranks of people who can ethically participate in dangerous sexual activity. That disqualifies you from being able to participate in sex with other people at all. People who cannot conceive that their actions have consequences are not allowed to take those actions. You can’t understand another human being if you can’t understand another human being.

Years ago I read a moving, brutal piece by the amazing journalist Mac McClelland called “I’m Gonna Need You to Fight Me On This.” More trigger warnings for rape, mental illness and violence on that one (and, notably, some appropriation). You should read the whole thing, if you can.

The conclusion of the story is about McClelland engaging in violent nonconsent roleplay with an ex-boyfriend that, at her request, involves him choking her and punching her in the head with a closed fist. This is the kind of activity Ghomeshi engaged in with unwilling people, then “joked about” as “being like a mild form of Fifty Shades of Grey.” That’s not how McClelland describes it.

I did not enjoy it in the way a person getting screwed normally would. But as it became clear that I could endure it, I started to take deeper breaths. And my mind stayed there, stayed present even when it became painful. My body felt devastated but relieved; I’d lost, but survived. After he climbed off me, he gathered me up in his arms. I broke into a thousand pieces on his chest, sobbing so hard that my ribs felt like they were coming loose.

When I draw this comparison, I’m not saying there’s no fun to be had in rough kink. I am saying that there is a huge difference between a dominant partner wanting to inflict pain and a submissive partner wanting to receive it. I am saying that sexual violence is always close, in one way or another, to trauma. If we are unwilling to acknowledge that connection, then we’re complicit in its exploitation. If I, the person writing this, don’t address that first with empathy, care and humility, then Jian Ghomeshi and I are the same.