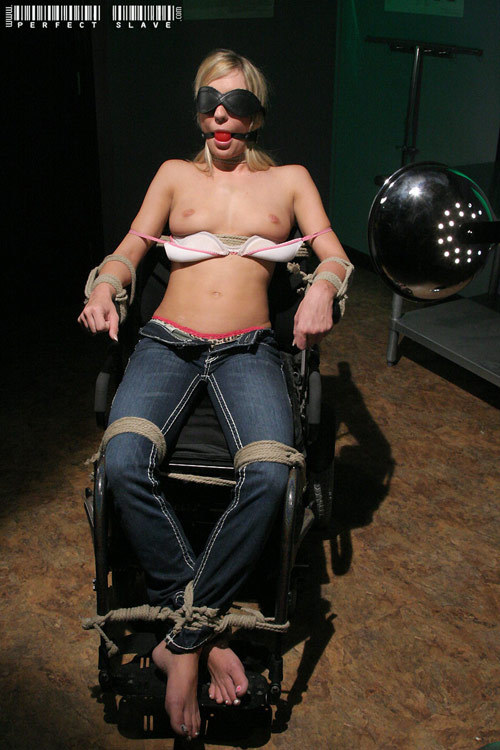 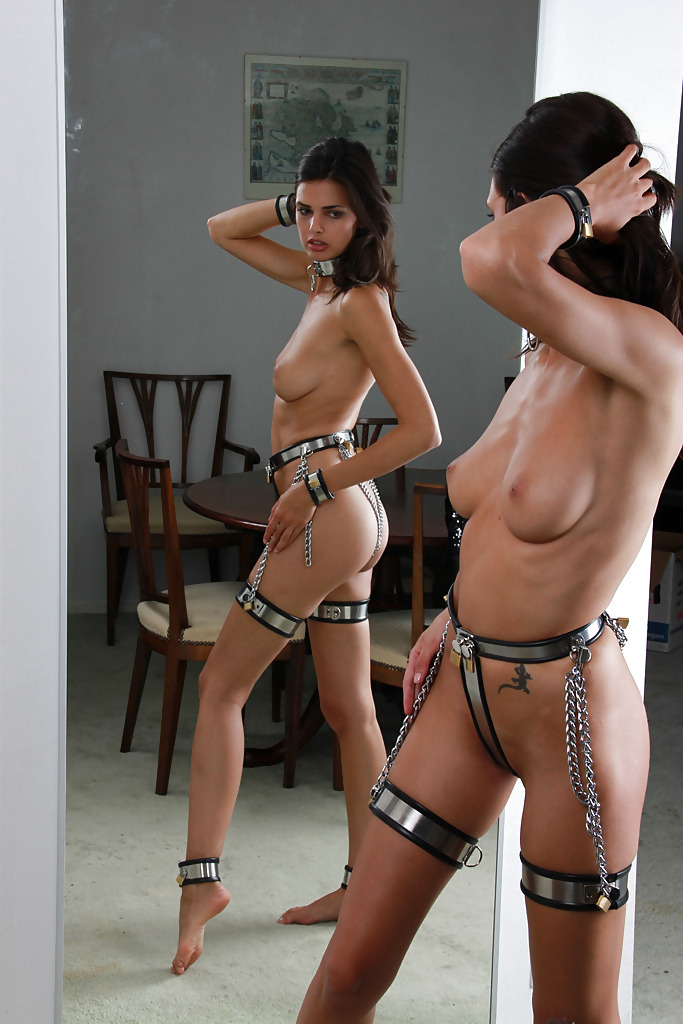 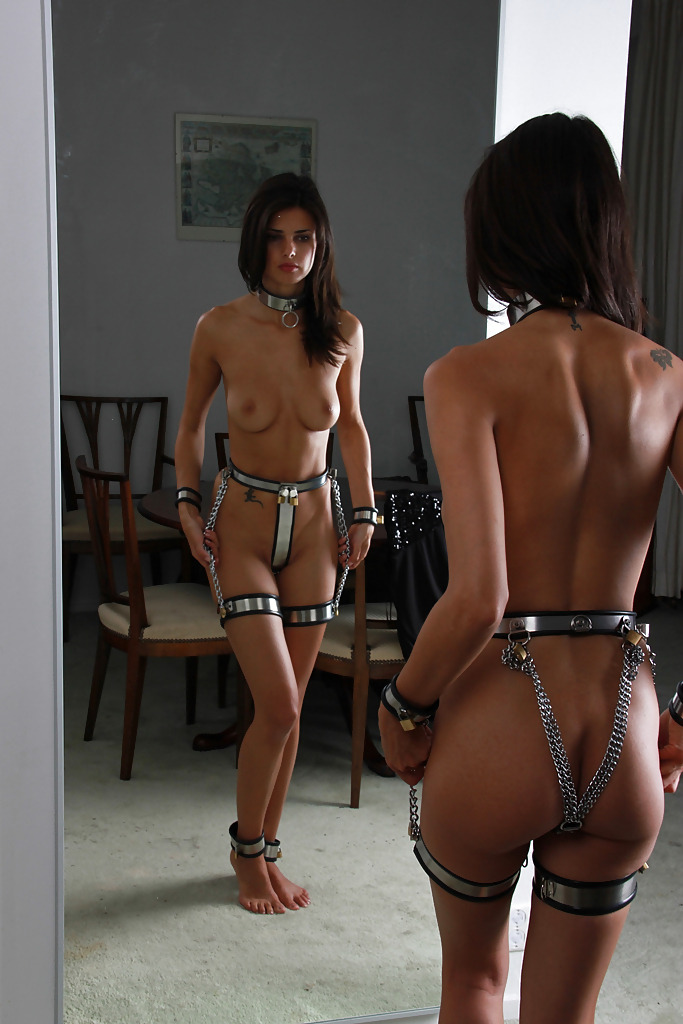 Sometimes I wish for this… just to stop me from torturing myself when I am alone..

why isn’t this my school uniform?

Oh, you don’t attend St. Tantalus Academy for Wayward Young Ladies? I understand tuition is very affordable, and the dress code rather stylish.

I answered this in some depth a while back, and the answers haven’t changed too much! I know a bunch of you in the last week arrived by way of Ivy and asubmissive, though, so I wanted to point out that those two interesting and talented young women are definitely among my favorites. (Thanks, you two.) 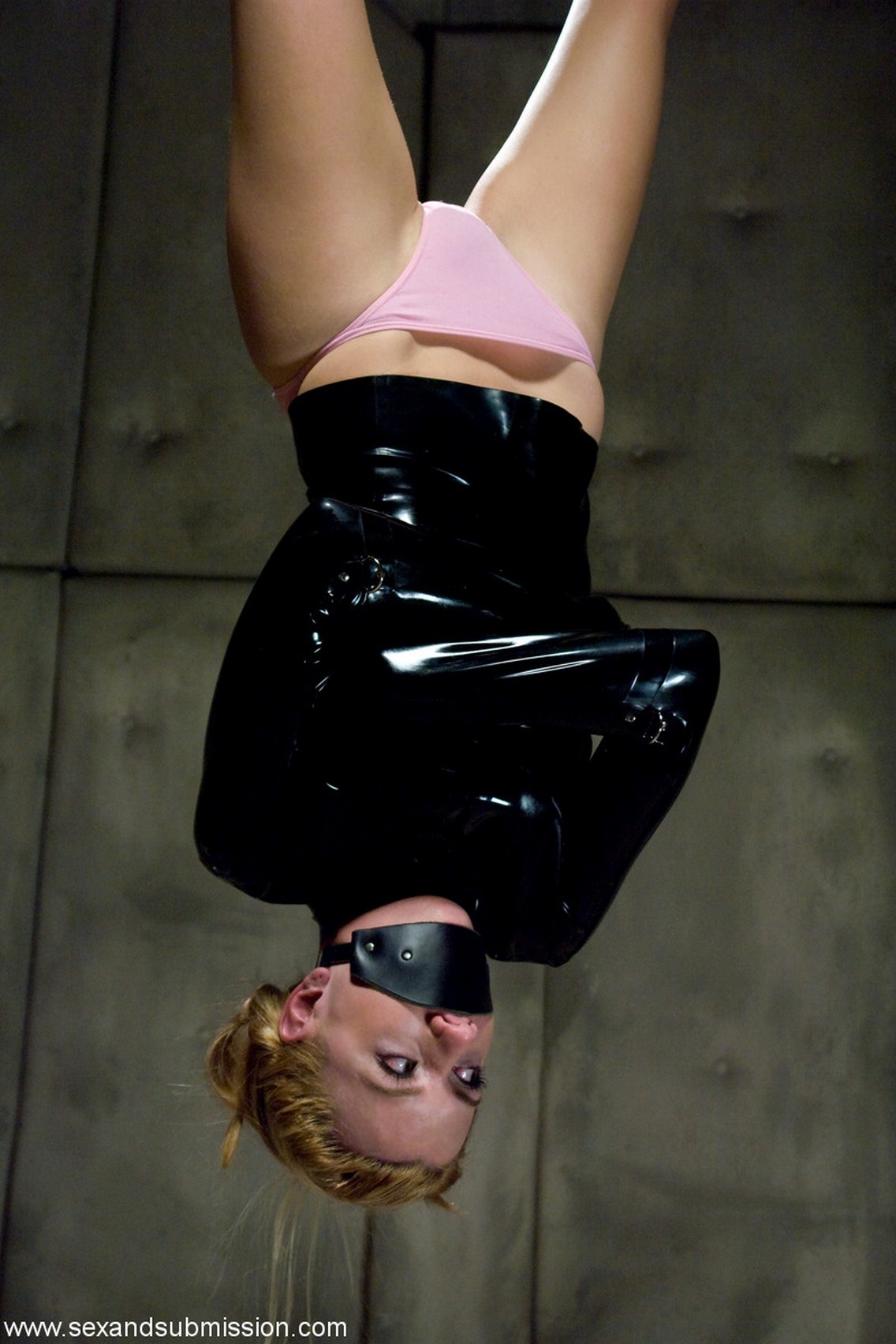 Behavior correction case file #114: Jennifer. WARNING: subject is noncompliant and presents a danger to staff and herself. She claims to be a close friend of another long-term patient of the Institute, and attempted to enter the facility undetected to secure her release. During the process of her apprehension by security, subject injured several orderlies and a doctor, and continued to be uncontrollably violent until forcibly sedated.

For her own protection, Jennifer has been fitted with a set of long-term restraints and secured via suspension in a padded ward. Said restraints are to remain in place until both her primary and attending therapist have confirmed that she is no longer dangerous. It is not expected that such confirmation will arrive this year.

During her intake interview, subject indicated certain opinions that point toward specific anxieties in regard to sex, deviance and femininity. The first object of her treatment will be to explore and exploit these to the limit. Subject’s vulva will remain symbolically above her during all sessions, kept open via spread leg restraints, and covered only to maximize the impact of repeated revelation.

Jennifer will be subject to impact therapy and corporal punishment of labia, clit, vagina and cervix until fully sensitized. When hypersensitivity to even light pressure is established, the therapy will switch to heavy stim and dual penetration. Each morning and afternoon, repeat this set of exercises–restarting if necessary–until subject can actually watch herself drip with arousal. Induce orgasm only via electricity and pain; once achieved, continue to induce for the remainder of the session, even if that means a considerable part of the day.

The incontrovertible evidence of her own arousal response to such treatment, combined with her residence environment, should lead to deep cognitive dissonance and humiliation for the subject. We will take advantage of this liminal state to plant new seeds for a healthier, more accepting, more sexuality-driven outlook.

We have high hopes for Jennifer’s rehabilitation, and will likely keep her on even after a successful course of treatment is complete to use as a model resident. In the same way that “therapy dogs” can provide comfort and pleasure to the traumatized, we plan to use Jennifer as a “therapy object” upon which other patients may express their frustration or violent impulses.

All that is in the future, of course–right now let’s concentrate on reducing the risk of harm to others, by inflicting harm on her. –DT

This reminds me of someone who can probably come up with a significantly better caption for this than I.

The vitals monitor on your wrist indicates that you are frightened, and I can think of a number of reasons why that might be. You are here increasingly against your will but cannot effect any articulate protest: that might be one. You don’t even know where “here” is, for that matter. You have been stripped and strapped down, only able to move your hips and thighs when I adjust these stirrups. Oh, and you’ve just felt the speculum slide inside you to open you up for my inspection.

There. Now, as I was saying: those things really shouldn’t be at the top of your list of concerns. (Sensitive there, aren’t you? Interesting.) What should concern you is the blindfold–not the fact that you can’t see, but the fact that those two patches each fit perfectly over one of your eyes. The fact that this collar is sized just so to the length of your neck. The ball gag, and the way it fits into your mouth with no gap.

These straps were made just for you, girl. You’ve been watched. Stalked. Measured. Certainly, they can tighten–but that’s for control, not fit. This bondage is bespoke. And now, with you wide open and helpless on my table, I’m going to take one final measurement for my records.

Don’t worry. I promise, it won’t hurt a bit.

Confidential to the person formerly known as collegesubmissive/thesimplestpleasure: sorry for whatever made you delete your account, and if you read this, I hope everything’s okay.

1 Hour 16 minutes – Subject 0083 remains conscious and fully engaged. The subject has so far not displayed any signals beyond typical levels of overstimulation expected within these studies. Given that the subject had not been able to cope with post orgasmic stimulation for any duration over 20 minutes in past observations, it can be seen that this device is greatly impacting the refractory period previously caused through hypersensitivity of her clitoris.

Oh, you mean these stories? I’m very glad you like them! I do work on the next installment whenever I find free time, which is to say the next one will, um, probably be out this year.

Needy, greedy, desperate little grinder, ever since you were young, maybe since before you can remember. Squirming around trying to figure out what your body wanted: curl up and clench, sweaty forehead and sore knees in the darkness of your room. Never let your hand creep down there, or couldn’t figure out what to do with it if you did. And then you tried shoving the big soft lump down between your legs, and squeezing. And oh.

Did you ever get caught? Not more than once, I bet. Some things you learn to hide quickly. But you’ve always had a hungry body, and you never could quite rein it in. Sneaking off whenever you could manage it, calculating how long it would be until you’d get to try again. Your mind wandered in school and church and family outings. Couldn’t help that. Your pussy kept leading it astray.

This is what I mean when I call you “little girl,” little girl. You haven’t really changed at all. You’re the same wet flushed sullen frantic humping pillowfucker you’ve been your whole life, and all the roles and rules and pretty words you use are just attempts to conceal it.

They don’t work. You’ve been caught a second time, and there’s no playing it off or hasty excuses, not with me. I can see what’s inside of you, little bouncer, little secret keeper, little burning ember. No point in hiding anymore.

Now show me what you can do.

Oh, look at the precious little thing. She really thinks she’s going to get to come this time, doesn’t she?

“Nineteen hours. How is our little prisoner holding up?”

“Oh, she’s broken. Has been since late yesterday. At this point the only thing keeping her from babbling every secret we could possibly want is the gag in her mouth.”

“She certainly exhibits all the signs. Pupil dilation, rhythmic groaning, humping the toy like an animal. Has she been permitted to come yet?”

“She almost got there once, but we think we caught it in time. A bucket of ice water brought her back. No slip-ups since then. She’s been held at the edge so long she’s practically putty.”

“So do we plan to ask her any questions?”

“We ask plenty, we just don’t let her answer. Increases her desperation, plus we’re recording the whole thing to prove to her bosses that she hasn’t given away anything sensitive. She’s a much more valuable for barter if she hasn’t been unsealed, so to speak.”

“How long will it take to get the recording to them?”

“A few more days. And they’ll need a week to decide on terms after that.”

“Nineteen hours. I wonder what she’ll be like by the time she finally leaves.”

“If her predecessors are any indication, Ma’am, in her own mind she’ll never really leave at all.”

Did I fucking SAY you could touch yourself?

Once captured, secured, and tattooed with a serial number just above the left breast, new slaves are randomly paired up to keep them from becoming overly stressed or injuring themselves in confinement. When this program was first tested, there was some concern that the pairing would cause increased resistance or infighting, but time has proven it highly effective. Regular doses of aerosol-borne aphrodisiac keep both girls thoroughly busy until auction time.

Oooh, I’m so sorry, number two, but you lose! Twenty strokes with the belt on that greedy little pussy, and then back to a month of no-touch for you.

New game: you both get to come if you can keep the eight-ball from slipping out from between you.

Behavior correction case file #108: Lillian. Subject arrived at the Institute intoxicated, with what she claimed was a “groupon,” entitling her to “sexy orgasm lessons.” Subject became belligerent and demanded to learn how to achieve female ejaculation. Her phrasing at the time was “don’t you guys do this kinda stuff? I wanna squirt, dammit!”

Lillian ejaculated for the first time within fifteen minutes of initiating therapy. As of this writing, one week into continued work with her, she has been induced to ejaculatory orgasm 82 times. While she expressed increasingly strident regret and anger about entering the Institute once sobriety returned, such behavior is common among new patients, and can be ignored under the terms of the release she signed voluntarily.

At any rate, as treatment continues, the subject is less and less vocal and seems to have difficulty articulating complex ideas or indeed finishing sentences. The current goal of her program is to mold her body into a training model for future ejaculatory therapy, to be stored and “checked out” by staff and instructors as needed. When not in use, she will be mechanically stimulated to orgasm once per hour, and hydrated by means of throat intubation.

If this pilot program is successful, we envision a growing library of such single-focus training models, possibly to be housed in the unoccupied room B of the annex. Other useful exemplars might include electrostim, extravulvar orgasm, trigger-word subconscious response, or gag reflex suppression.