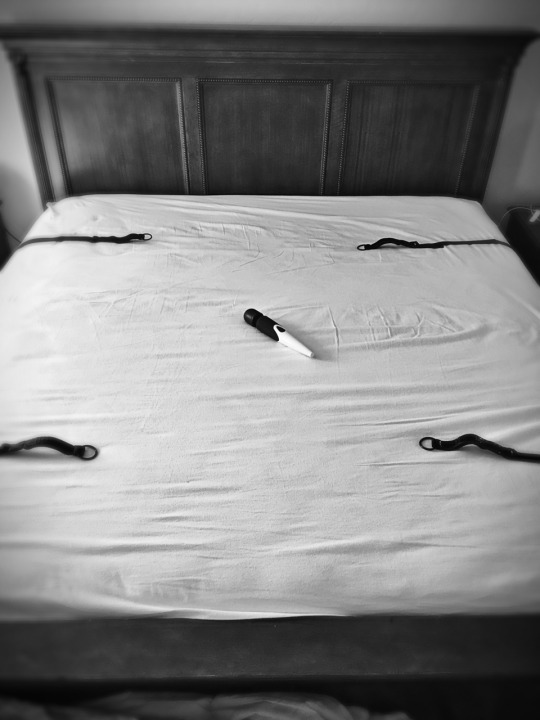 After initial visual inspection and baseline vitals were established for Ivy (hereinafter “subject”), the session proceeded as per standard protocol. Subject was responsive and aroused. Subject was vocal despite attempted self-restraint.

Of particular interest for this exam were the subject’s orgasmic threshold, pain threshold, and verbal or physical cues to indicate their approach. The following techniques were employed to glean data.

As audible cues had proven effective in exciting the subject so far, she was granted another one: the sound of a speculum being unscrewed and opened. While recent advances have brought some comfort and convenience to the apparatus, it remains apparent that the traditional steel-and-screw mechanism carries the strongest connotations. As stated at the outset, the objective was to establish thresholds, physical and emotional. Connotation was therefore considered paramount.

Subject’s vocal reactions increased in volume again and began to lose coherence as the device was secured in an open position. Visual examination of the canal, while not a focus of this visit, revealed healthy tissue. Subject was palpated deeply on the anterior surface of the lower abdomen while still dilated, which produced significant vocal reactions as well.

It may be that the reader wonders, at this point in the report, what makes it worth recording in such detail. After all, procedure according to protocol can be condensed to a terse note or two. But beyond personal interest in the subject, it is here that the events of the session become particularly noteworthy.

The subject was stimulated with the wand a third time, with the longest duration yet. In this case the wand was applied directly to the base of the speculum, which was still expanded internally. This led in short order to an orgasmic response, despite the fact that vibration was transmitted primarily to the internal body of the clitoris and not the glans. Subject voiced a sustained, high-volume response and displayed mild muscular convulsion.

Subject was evaluated verbally once verbal capacity appeared to return. Subject’s feet were also observed to uncurl as time went on. While she was engaged in light conversation and offered a lightly mocking taunt for her failure of self-control, subject was observed and evaluated for refractory period.

When it was judged that said refractory period was elapsing, subject—still blindfolded, restrained, and splayed open—was given another auditory stimulus: the sound of the vibrating wand being reactivated.

This is the part where Ivy clenched in fear so hard that she forced the speculum out.