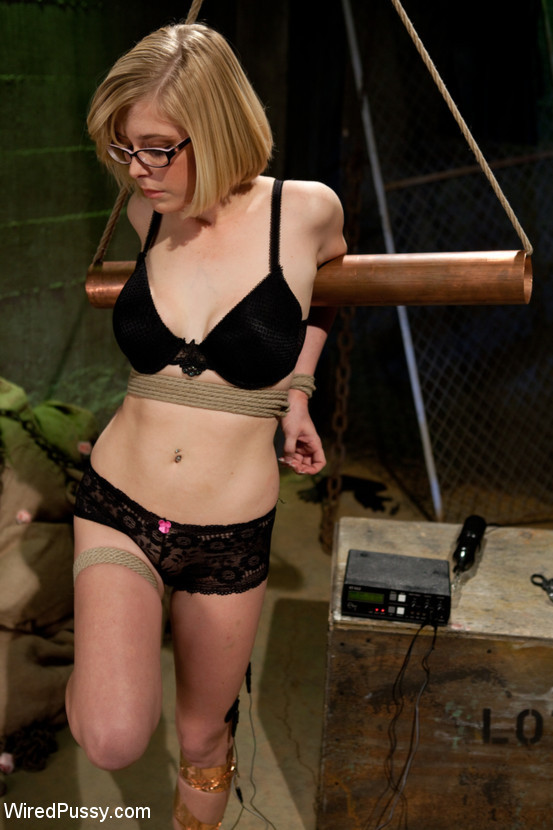 Behavior correction case file #763: Dr. Ellie Graves. Subject was formerly the lead therapist of Division G, a promising young doctor with a great future at the Institute ahead of her. Surveillance of her personal Internet traffic, however, revealed plans to take certain concerns about Institute policies to federal authorities. Subject was admitted as quickly as possible and it is not believed that she was able to disclose any sensitive patient information at this time.

Ellie completed an extensive personality profile during her application process, which provides a number of insights into a proper treatment plan. Subject fears but is fascinated by electrostim and predicament bondage. Subject can deal with nudity, but is easily embarrassed by slow, gradual removal of clothing. Subject has had mostly female sexual partners but reported intense responses to forceful sex with men. Subject has speculated about being conditioned to climax on command.

As might be expected, subject has employed the listed techniques on previous patients, several of whom (case files 188, 242, 439 and 751) have responded with enthusiasm to the prospect of being personally involved with her rehabilitation. They are to be given a large degree of autonomy in working with her, but sessions should be monitored to make sure the subject is not in excessive danger.

While some of the staff of Division D have what would be considered an existing relationship with the subject, and would normally recuse themselves under Institute rules, this is a special case and the division heads have given permission for her handlers to indulge any previous speculation on the subject’s sexual ability.

Hypothesis: while knowledge of our standard practices should provide the subject with a modicum of resistance at first, within a month of commencing treatment, she will be malleable, fully sexually activated and compliant with all standard training guidelines for a female patient. While she will unfortunately no longer be useful as a colleague at the Institute, she will be in no danger of reporting anything to anyone, which will mark a successful rehabilitation.

When all involved are satisfied with her correction, Ellie is to be placed on fucktoy rotation, level 9.