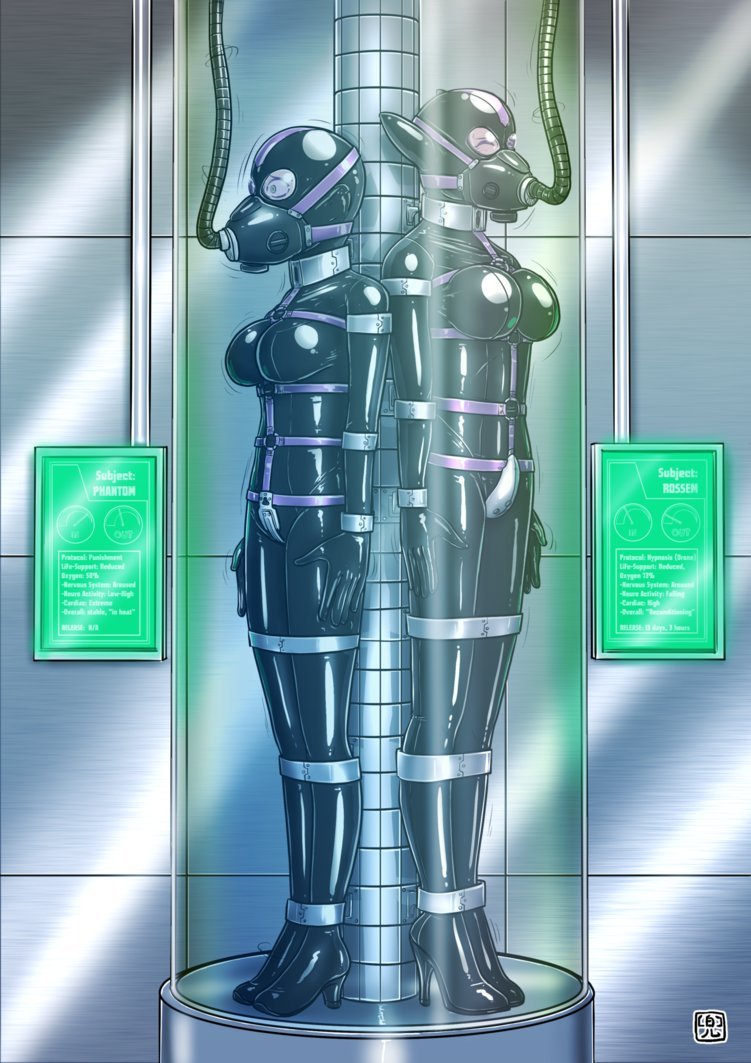 Her captors had stopped talking to her, but they still spoke near her. She could pick up snippets of their conversation. She knew that the maximum pleasure settings were blocked, but being slowly raised as she and her fellow prisoner were being ‘trained.’ They were pumped full of aromatics and aphrodisiacs. When they wanted, they could bring the both of them to climax after climax.

She could still squirm and move – her bonds weren’t totally rigid, and that was intentional. She’d need to flex for her long-term confinement.
While the elf might eventually be sold off as a rubber-doll or statue, she was doomed. Her original captors had paid quite a handsome sum of money to keep her here forever. Unless rescue arrived, or someone paid for her release… she was doomed to a very long imprisonment in thick rubber and the inescapable embrace of her tube.

They could feel each other in the darkness, and see their fellow victim in the augmented-reality lenses of their helmets. It was almost shameful. Phantom knew that she’d been reduced to a hapless, helpless little rubberdoll. There was something tangible about being able to see oneself all geared up.

From time to time, they’d both find their air supply cut. At times it was merely stifled, other times it’d be reduced entirely. Tiny plugs would fill their noses and pressure around their neck would increase. Phantom saw stars, her body growing warm and mind growing hazy in her panicked frenzy. This lack of air was supposed to remind her what she was – TOY, RUBBERSLUT, DRONE, DECORATION.

Conscious thought told Phantom to fight it, but her body said otherwise.