Are you too ticklish there, baby?

I know how gifs work, but stick with me a second: the little skip between cycles on this one made me think of a dungeon with a time trap. Sci-fi, fantasy, whatever, just some method of consistently snapping the contents of one room back… say, thirty seconds or so…

See, Kiri here is a synthdoll: she’s wealthy, very wealthy, wealthy enough to have had a remote body custom-fabricated from the DNA on up. They’re legal, mostly, as long as you have a visible registration marker (like, say, those gorgeous fractal tattoos). Her original self is resting peacefully in a chamber, safe at home, her mind linked to this beautiful puppet via quantum entanglement.

The thing about diving synth is that it makes you reckless. There are automatic switches to cut out pain if it goes above a set threshold, and a maintenance contract to repair any damage you can imagine, to the point of growing an entire new doll if necessary. Rich girls like Kiri can taste the choicest poisons, cliff-dive without hesitation, seduce or be seduced by anyone they like and fuck away the consequences. Her synth doesn’t develop any bad habits, but Kiri is addicted to risk, the rush of danger with the safety of the automatic killswitch if anything goes bad.

So when a beautiful stranger at a glass-sheathed bar bet her she’d break in his little one-room chamber of delight and torment, she laughed and laughed and took him up on it.

He didn’t mention the chronoswitch, but then, she didn’t ask, did she?

They had the usual fun at first–dragging her in through the heavy door by her hair, letting her fight it a little, a rough kiss to bruise her lips and a grip on her breast to make her arch and gasp. None of it really hurt though, certainly nowhere near the safety cutoff level. Kiri was enjoying herself.

She squirmed and bit his tongue for fun, and he tore her very expensive little red dress getting it off her. Kiri bucked against him, and he had his wrists in her hand, pinning her back over a cheap block of plywood as his cheek brushed the tattoo under her arm. She was surprised to discover that she was sensitive there, very much so, but not unpleasantly. Somewhere, on a cushioned bodyrest, she smiled a little.

Then he flipped her over and slapped a little lube on his hand, pushing a couple fingers into her, letting her squeal in mock dismay as he spread her lips and thoroughly, efficiently wet her inside and out. She was starting to wonder if he’d played with dolls before, and let her tart little tongue make a joke to that effect, which is how she got the ball gag.

She was breathing fast, pulse pounding, riding exactly the kind of risk she loved as she felt his cock nudge through his pants against her slippery pussy. Then he hauled her back away from the block, cuffed her hands up above her head, and kicked her ankles apart until autoshackles snapped onto them as well.

The buzzing fuckrod slid into her easily, and she gasped and curled her fingers over the cuffs, letting herself enjoy it in the role-play of victim, damsel, toy. His hand traced her hip down to the little patch of fuzz, then found her clit, making firm circles in time with the machine as she struggled to tilt her hips.

It didn’t take long to bring her to the edge. She was panting around the gag, arching, dollbody stretched taut and trembling, certain she was going to come any second…

He stepped back again, just beyond a small ring of lights embedded in the floor. She was puzzled, but maybe he just wanted to watch. There was no stopping her orgasm now anyway. Fuck, she thought, oh fuck, oh fuck, here it was–

Then a skip, a hiccup, and her body twitched in a way she didn’t understand.

She was back on the edge, exactly at the point where he’d stepped away from her. The machine thrummed and thrust upward, stretching her, pushing her toward the edge–closer–closer–

The edge reset and rose again, making her ride it. She was definitely going to come this time, no question. Oh my, oh god, her body just starting to clench and then–

It began to dawn on Kiri that something wasn’t right.

He grinned at her from beyond the boundary marker and tossed a little ball of paper. Just as she arrived yet again at the point of no return, when the paper was about to touch her skin, it

“How many edges do you think you can take?” he asked conversationally. “Me personally, I’d only last a few dozen before I snapped, but you’re a tough little double, aren’t you, girl?”

“See, if you were really in there, your memory would reset every thirty seconds with the rest of your body, and this little trap wouldn’t have much of an effect at all. But you’re not. You’re tucked away somewhere nice and safe, ready to retreat at the first onset of pain. But I didn’t say I was going to hurt you. I said I was going to torture you.”

Somewhere, Kiri was panicking. The pleasure was as real to her as anything, and the desperate need rising in her over and over again was unavoidable, the synthdoll reacting exactly as it had been when he first threw the switch. But there was no release, there would be no release: her doll wouldn’t get sore or tired in the timetrap, wouldn’t get thirsty, wouldn’t trigger any of the safety cutouts to get her back out. Not for hours. Not for days.

FUCK, she had been close that time! No no no no, she didn’t think she could take two more of these, much less a dozen, but here it was again, the pulse inside her and the flood of electric need rushing up her spine before–

“Takes a lot to afford a doll that flawless,” he grinned, “and I think you’re going to share it with me, girl. I think that before very long, you’ll break, and you’ll be willing to give me anything to unplug you. Your mind, your money, your cunt–this one or your real one, whichever I please. But you won’t be able to tell me where you really are with that gag in. Which means I’m going to have to get a list of registered dolls in the city and knock on doors… one… at… a time.”

The thought of actually being found did something to her, closed a short circuit in her dollbrain, and oh FUCK that was it–she was coming–the first microsecond of a massive, crashing–

She screamed through the gag, thrashing, the machine still buried inside her as she was dragged back over the edge like a raw nerve, her orgasm ripped away before she could taste it.

“It’s going to be some time, I’m afraid,” he murmured, letting his eyes drink in the sight of her sobbing body once more. “But I’ll find you, girl, don’t worry. And by the time I finally let you out of this trap, you’ll be more than ready to be MY puppet. Once and for all.”

The door slammed closed on another desperate edge, and she was left staring after him, tears leaking from her synthetic eyes before they vanished as if they’d never been. 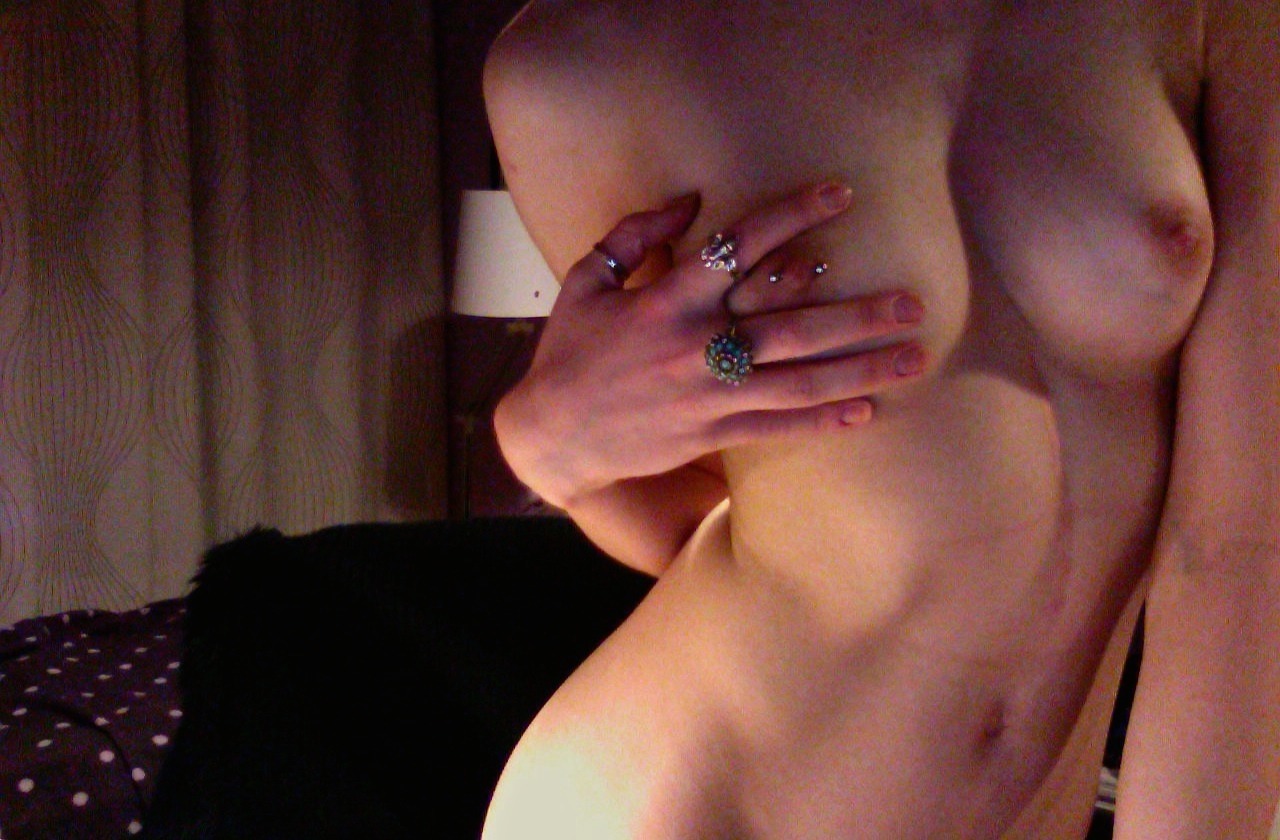 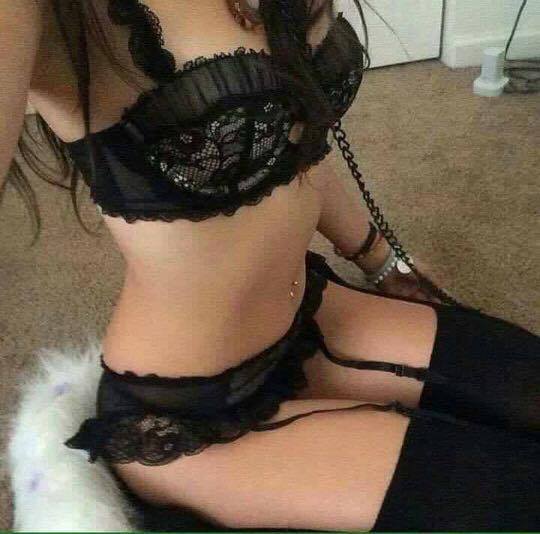 kinky girl probs: getting sternly talked to about something serious and getting slightly turned on

Yea i’ve returned. Sorry for being absent for a while. As i said earlier in a deleted post, i broke my hand and got it casted which made it almost impossible to write, or do anything at all in general. It was annoying as fuck. I’m all good now.